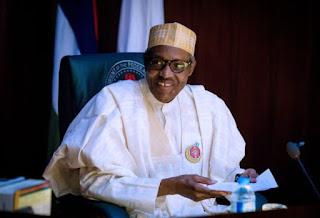 The President of the Federal Republic of Nigeria, Muhammadu Buhari, has commiserated
with the Executive Chairman/CEO, BUA Group, Abdul Samad Rabiu, and other members of the family over the passing of Tijjani Rabiu – younger brother to the late Khalifa Sheikh Rabiu who passed away last year. This was contained in a statement by the presidency on Sunday.

President Muhammadu Buhari described the death of Kano businessman, Alhaji Tijjani Rabiu, the immediate younger brother of the late tycoon Isyaku Rabiu, as “the fall of another star in the galaxy of the commerce and trade in Northern Nigeria”. Reacting to the demise of Tijjani on Sunday, the President noted that “the deceased belonged to a business dynasty that has become famous since the birth of modern Nigeria and who has achieved business successes through sheer hardwork and determination.
President Buhari praised Tijjani for “following the enviable path of his older brother Isyaku Rabiu who remained relevant in a tough competitive environment, despite the passage of time.”
According to the President,  “the Rabius are not only a family of accomplished business people, but  have also distinguished themselves as notable scholars and industrialists for years and are still going strong.” “Kano is historically an emporium of commerce and trade and members of the Isyaku Rabiu family have played a key role in sustaining this positive reputation of the city for years.
“I appeal to our younger generation of Nigerians to follow this example of pursuing hard work in order to create wealth and prosperity instead of seeking shortcuts to success by fraudulent means”, he further stated.