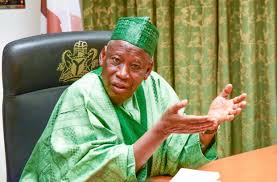 The Kano State Government has reunited seven kids who were allegedly kidnapped and sold in Anambra and Enugu states, with their parents.

The children were said to have been kidnapped from various locations within its state capital.

In an interview with BBC Hausa Service, Muhammad Garba, Kano State Commissioner for Information, said parents of five of the seven children had been identified after some announcements were made.

Muhammad disclosed that the committee instituted by the Kano State Government to search for over 100 missing children found seven of them in Anambra State during a mission to the state and neighbouring Enugu.

He stated that pictures and videos of the children were taken and spread until some people claimed they were the biological parents of five of the children.

The commissioner, however, added that the government was working to verify the claims of the people, noting that if found true it would hand over the children to them.

He added that the rescue mission would continue until the remaining missing children meet their biological parents.

In 2019, the police in Kano State announced the arrest of one Paul and his wife, Mercy, who allegedly kidnapped and trafficked nine children from Kano.

The Commissioner of Police in the state, Ahmed Iliyasu, who handed the kids over to their respective families, said some of them had been missing since 2014, but were traced to Anambra State, where they were sold.