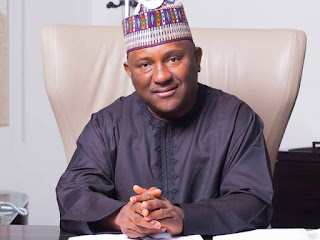 One of the strong barometers of wealth in the world, Forbes has released the latest list of the richest people in Africa.

And Abdu Samad Rabiu, the chairman of BUA Group has been adjudged the biggest

gainer even though Aliko Dangote retains the number one spot.

Dangote claims the top spot for the tenth year in a row but checks on the percentage of the increase in wealth show that Rabiu “outperformed” all others and his coming up fast.

According to the analysis that resulted in the naming of the richest people in Africa by Forbes in its 2021 list, “The biggest gainer this year is another Nigerian cement tycoon, Abdulsamad Rabiu. Remarkably, shares of his BUA Cement PLC, which listed on the Nigeria Stock Exchange in January 2020, have doubled in value in the past year. That pushed Rabiu’s fortune up by an extraordinary 77%, to $5.5 billion.”

The BUA Group chairman is number 6 on the coveted list with a net worth of $5.5Billion while Dangote has $12.1Billion to his name as number one societynow.ng confirmed.

And Rabiu has age on his side. He is one of the two youngest persons on the list (60) , three years younger than Dangote who is number one and fifteen years younger than the oldest person ranked above him – Nicky Oppenheimer, 75yrs old on the number 3 spot and valued at $8 billion.

To his credit, Dangote has shown he is unwilling to relinquish the top spot with a $2 billion increase in wealth via a 30% increase in the share price of Dangote Cement.

Both kings of commerce have Cement and Sugar listed as their business interests.

Further checks by societynow.ng revealed that another master of his game in a class on his own, Mike Adenuga of Globacom fame holds the fifth position on the newly released list of Africa’s richest with a net worth of $6.3Billion. He has Telecom and Oil named as his business interests.

His claim to fame Globacom, the telecommunication company strongly holding down its share of the market – and keeping customers happy with constant reward packages – is listed as “company” ( his wealth is largely attributed to,),

Rabiu has BUA Group listed as Company while Dangote’s is Dangote Group.