How Nigerian banks laid off 8,584 staff in one year 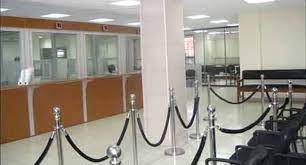 The COVID-19 pandemic had impacted the operations of banks with many branches closed to reduce contact and many of the affected staff had been contract staff. In the heat of the pandemic, the Central Bank of Nigeria (CBN) had directed that banks not lay off any worker without its approval.

The data released by the NBS showed that most of the staff relieved of their duties last year were contract staff as the number of executive staff increased significantly.

A total volume of 3.464 billion transactions valued at N356.47 trillion was recorded in Q4 2020 as data on Electronic Payment Channels in the Nigeria Banking Sector revealed. Online transfers dominated the volume of transactions recorded.

Also, online transfer transactions valued at N120.27 trillion with a volume of 2.227 billion was recorded in Q4 2020 according to the NBS data.