What They Are Saying About NTDC Boss, Folorunsho "Folly" Coker 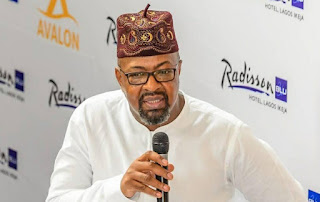 Folorunsho Folarin Coker, the number one champion of the nation’s tourism sector is unhappy.

Societynow.ng gathered the state of the being of the re-appointed Director-General of the Nigerian Tourism Development Corporation (NTDC) has to do with “feeling caged.”

Those familiar with the ways of the NTDC Boss whose birthday is this month (July 27) say the state of his mind has roots in the prevailing circumstances that have clamped down on the tourism sector.

The Tourism sector that “Foli Coker” – as friends and associates hail him – oversees is suffering a clampdown in the bid to protect public health as the federal government battles to neutralize the threat of Covid-19.

Societynow.ng gathered this development has greatly hampered the putting into play of plans by the 55year old Director-General to transform the nation’s tourism sector into one of the most flourishing and major national income earners for the country.

The checks by societynow.ng revealed that one of the initiatives that “prevailing circumstances’ has “bottled up” is Tour Nigeria.

Tour Nigeria was created to promote Nigeria as the destination of choice for tourism hospitality, arts, and entertainment in Africa.

“But the present situation has put a stop to the execution of this project and other tourism sector turn-around initiatives that Folly Coker has already mapped out” societynow.ng gathered.

While he prefers “Foli”, some of the friends of the man whose impact as the pilot of the Lagos State Tourism sector remains kilometers ahead of those before and after him opt for “Folly”.

The further checks by societynow.ng, however, revealed that though he is not happy that he is not getting things done as much as he desired, the NTDC Boss has consolation in the fact that the shutdown of his industry comes with a bit of gain.

Insiders disclosed that the son of the late giant of goodness Elderman Nathaniel Folarin Coker – who gave prestige that attracted others to the title, Baba Eto – is using the opportunity to intensify work behind the scene to enable the legal framework to grow the nation’s tourism potential.

Coker “likened the NTDC’s legal framework to the required foundation (the financial framework inclusive) laid in the communication, banking, oil and gas sectors, which resulted in their huge revenue returns” in a report monitored by societynow.ng.

Societynow.ng gathered that the NTDC Boss is also using the opportunity provided by the “shutdown” to “re-imagine Tourism.”

“He is already working on how to take care of health concerns when all Covid-19 restrictions are removed as well as how to harness the inherent opportunities” societynow.ng gathered.

Details of the “possibilities” are however being kept very tight by the man dubbed “extremely loyal to friends” and those he is working with to fashion a new Tourism Template for the nation that is expected to also prosper Africa.