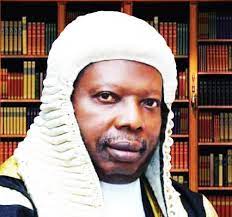 The Economic and Financial Crimes Commission has arrested Speaker of the Ogun State House of Assembly, Olakunle Oluomo at the Muritala Muhammad Airport, Lagos State.

Oluomo was arrested over allegations bordering on financial crimes.

A staff member at the assembly who pleaded anonymity said the speaker was picked up this morning at the Murtala Mohammed Airport, Ikeja, Lagos, by operatives following a tip-off.

He was said to have been on the wanted list of the commission following his failure to honour EFCC invitation several times.