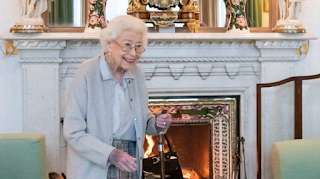 Buckingham Palace officials issued a statement on Thursday confirming the 96-year-old, who is at her Balmoral residence in Scotland, is suffering from health problems requiring her doctors' intervention.

"Following further evaluation this morning, The Queen's doctors are concerned for Her Majesty's health and have recommended she remain under medical supervision. The Queen remains comfortable and at Balmoral." The news comes the day after the Queen postponed an online meeting of the Privy Council,... during which new Prime Minister Liz Truss would have taken her oath as First Lord of the Treasury, due to medical advice.

She was later pronounced dead by the palace. She was 97.