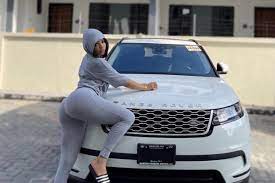 According to reports by Twitter user identified as @folushaw Nengi’s Manfriend Michael Diongoli who has reportedly been a Ponzi scheme operator has been arraigned in Lagos for defrauding multiple victims of 1.22 billion.

Michael allegedly financed a few projects for Nengi and they have all been reportedly seized as proceeds of crime.