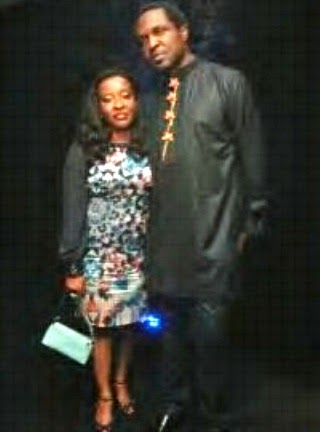 and findings revealed the reason for this is very simple - he is striving to live down talks of troubled marriage brought about by celebrated romance with 43 yr old American actress, Kenya Moore.


Is wife, Sylvia is said to be devastated by calls from supposedly concerned individuals over the affair- and she is said to be giving Tonye a bit of 'hell' over the development.

The frenzy of the reports of the romance and is troubled marriage is said to have forced Tonye underground for now. He is said to be using the opportunity to put his 'house' in order.

Here is a more details report of the romance and it's effect on Tonye's marriage for proper understanding.

Insiders squealed a bombardment of show of concern and support is fast transforming into a catalyst for trouble.

Sources confirmed  series of calls (on the increase) of solidarity from family, friends and associates to Sylvia, wife of Sahara Energy boss, Tonye Cole over reports of her husband's romance with american actress and model, Kenya Moore is fast placing the cole's matrimony on shaky ground.

The low profile mother of three is said to be angry with her husband for making a sudden 'celebrity' of her for the wrong reason.

She is said to be particularly angry based on conviction most of the 'calls of care' are actually 'cynic show of concern'.


'A move sources in the know alleged is compounding the situation and further snowballed the 'domestic crisis'. Sylvia is bitter that aside allegations of 'infidelity' that has earned her huge embarrassment, Tonye looks her in the eye and calls her 'not bright' with his denials.

Report of the romance broke on foreign media with a photo of Tonye's recent time out with reported girl friend, Kenya Moore. 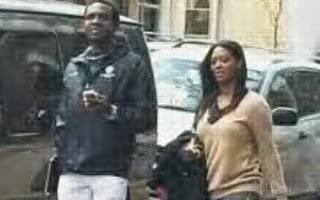 It detailed how the american actress has being gushing about town about her 'African Prince'. National platform picked the trend from there.

Here is a link to societynowng.com's initial report on the development


The hugely watched production which featured an interview with Kenya Moore and plans to go for IVF process in June to get a baby, unveiled the Sahara Energy boss as married- with but children. Though the actress did not confirm - nor deny- whether the Mr Tonye Cole is the donor of the eggs for her fertility treatment.

The show however gave this damning verdict that swelled perception on the romance.
'There’s only one problem though, Kenya girl, you got to close your legs to married men. I’m sorry Kenya. We here at the Wendy Show tried to dig deep to get you much information about stories, we checked out his Facebook page, his status and he’s married with kids. Although in certain cultures you’re allowed to have more than wife and children are all around the place, he’s not from here so he might have a different way. But Kenya is from here, why

It is in the face of these revelations and reactions that Tonye is denying affair with Kenya Moore to his wife's face.

How the celebrity oil dealer intends to be calm the storm threatening his home- and image abroad remains to be seen.'
Posted by MAN ABOUT TOWN at 3:14 AM