Muiz Banire, a top Lagos politician and former Commissioner of the Environment in Lagos, has been reported to be the arrowhead of a plot to cover up a murder case involving the traditional ruler of Ayobo town, Oba Idowu Ojoijo, in which seven souls lost their lives after a series of torture on them. 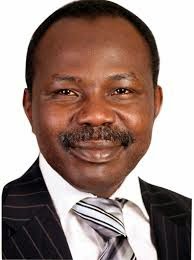 An online news platform yemojanewsng.com reported the role of Banire in the whole saga with a video to back up its report. Below is the reproduced version of the report:

“A high Chief in Lagos State, Chief Moroof A. Owonla wrote a petition to the Commissioner of Justice and Attorney General of Lagos State over an attempt to cover up a murder case against the traditional ruler of Ayobo town, Oba Idowu Ojoijo and five others.
According to Yemojanewsng.com, “the Oba of Ayobo had been locked in a land tussle with the families of High Chief Moroof Owonla for some years.
“But on the 10th of July 2008, the Oba of Ayobo reportedly caused the abduction of about twelve people who were taken to his palace in Ayobo-Ipaja Local Council Development Area of Lagos State.

“The men were allegedly beaten and tortured on the orders of the Oba of Ayobo right in his palace. Two of the men, named Abiodun Oyejobi (a.k.a Ololo), Muritala Jinadu and the five others lost their lives as a result of the torture.
“The matter was reported to the Police by Chief Owonla and a murder charge was instituted against Oba Arole Idowu Ojoijo, Chief Nojimu Tiamiyu Bada, Mojadeen Anisere, Tajudeen Balogun, Yusuf Adeyinka and Dayo  Akinrinade.

“While the case was going on, the police sought the advice of the Lagos State Department of Public Prosecution (DPP) in a letter with reference number; CB.3514/X/FHO/ABJ/VOL.2/61 dated 18th January 2010.

“The DPP in its reply with reference number; LJP/HOM/2010/13/59 dated 1st of July 2010 recommended that ”Upon a careful review of the available facts in the duplicate file, this office is of the considered opinion that a prima facie case of conspiracy to commit murder and murder contrary to section 324 and 319(1) respectively of the criminal code Cap C17 Vol. 2 Laws of Lagos State 2 003 are disclosed against pages B1-B6 of case file namely : Oba Arole Idowu Ojoio(B1), Chief Nojimu Tiamiyu (B2), Mojudeen Anisere (B3), Tajudeen Balogun (B4), Yusuf Adeyinka (B5) and Dayo  Akinrinade (B6).

“Interestingly, the defendants engaged the services of the Chambers of the former Commissioner of Environment in Lagos State and presently a national officer of the All Progressive Congress (APC), Dr Muiz Banire.
“The defendants then went to town and boasted that after killing seven people, Muiz Banire had assured them that they will all go scot free. Therefore, they refused to show up at the Ebute Metta, Lagos Magistrate Court where the case was being heard.
“Yemojanewsng.com gathered that Dr Muiz Banire pulled some strings and on 11th of January 2011, a Deputy Director, Public Prosecution for Lagos State, Ms. O.O. Eboda withdrew the case from court. Eboda was quoted to have said, “We are withdrawing the information filed. We have received petitions and representations from members of the public in respect of this matter and the Director of Public Prosecution’s office wishes to review the legal advice it gave, with a view to filing fresh information on a latter day. We rely on section 73 of the administration of Criminal Justice Law”.

“Based on the above submission of the DPP’s office, the case was struck out.
“However, the families of the seven people murdered by the Oba of Ayobo are not relenting until justice is done.
Posted by MAN ABOUT TOWN at 3:46 AM