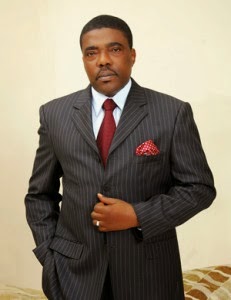 A major shake up borne out of intense discord looms in the ranks of the flagship chapter of political party, All Progress Congress - Lagos State.

A key players have started moving against the express desire of national leader, Asiwaju Bola Tinubu. And topping the list of dissidents is member Gruber aspirant and serving senator of the federal republic of Nigeria, Ganiyu Olanrewaju Solomon.

Her is a reproduction of the latest twist in the politics of Lagos state with jostle to succeed incumbent governor, Babatunde Fashola serving as catalyst

'The announcement of Asiwaju Bola Tinubu on Wednesday that the All Peoples Congress has zoned the choice of its gubernatorial candidates to Lagos East is being trailed with agitations and silent war among chieftains with gubernatorial ambitions.
Information available to TheLagosTimes.com says that the zoning arrangement is already generating some tension in the party. Leading the pack of dissenting party chieftains and aspirants who are ready to take the battle to Tinubu in the race for the Alausa seat is Senator Ganiyu Olanrewaju Solomon, popularly known as ‘GOS.’

Senator Solomon is reported to have passed an instant message to the party and Asiwaju indirectly that Asiwaju’s decision to force on any candidate on them without conducting a primary would be squarely rebuffed.
Report has it that Senator GOS, who has occupied various political offices since Nigeria’s return to civil rule in 1999, is prepared to cross-carpet from APC to another party in the event that the party leadership swims along with Tinubu’s tide.

According to an authoritative source, GOS’s governorship ambition is a forgone conclusion and only the electorate can stop him from realising his goal. There is a blackberry message in circulation sensitizing citizens about his preparedness for the job.

'He is reportedly consulting with his political associates on the party of their choice. Some GOS loyalists are said to be considering Labour Party even though sources say the party is being prepared as the platform upon which Jimi Agbaje intends to actualise his dream of taking over from Fashola.
Muiz Banire is another likely gubernatorial aspirant who has been involved in mass mobilization at the grassroots through the Mandate Group, which he leads. Banire, who is the legal National Secretary of APC, has been vocal against using religious parameters to determine the next governor of Lagos State. He was said to have been surprised when Tinubu unilaterally announced that the seat has been zoned to Lagos East. It is not clear yet what Banire’s actions will be, as he is a party man whose loyalty Tinubu has always counted on in Lagos West, where the former Lagos State Commissioner of the Environment maintains strong political grip like Senator Solomon.
Asiwaju effectively shot out some governorship candidates with the zoning arrangement which, according to him, has seen Lagos West and Lagos Central produced two governors in him and the incumbent governor, Governor Babatunde Fashola, respectively; and it is therefore politically fair to have the next governor come from Lagos East.
Lagos East comprises Somolu, Kosofe, Agboyi-Ketu, Ikorodu West, Ikorodu North, Imota, Igbogbo-Bayeku, Agbowa, Ejinrin, Epe and Ibeju-Lekki Local Government Areas. Top politicians from these areas who are jostling for governorship include the Senator representing Lagos East, Senator Gbenga Ashafa; Speaker, Lagos State House of Assembly, Adeyemi Ikuforiji; Commissioner for Works, Obafemi Hamzat; member, House of Representatives and Chairman, House Committee on Diaspora, Abike Dabiri-Erewa; former Commissioner for Health, Dr. Leke Pitan; former aide to Tinubu, Tayo Ayinde, former Accountant-General of the State, Akinwunmi Ambode and others
For GOS, this is a familiar terrain. He was one of the famous ‘Eleven’ aspirants who stormed out of a meeting with Action Congress leaders in 2007 when Fashola, then Chief of Staff to the then Governor Tinubu, was foisted on them. Tinubu eventually had his way. From the looks of things, the Jagaban of Borgu looks set again to have his way.' 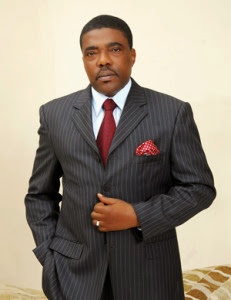