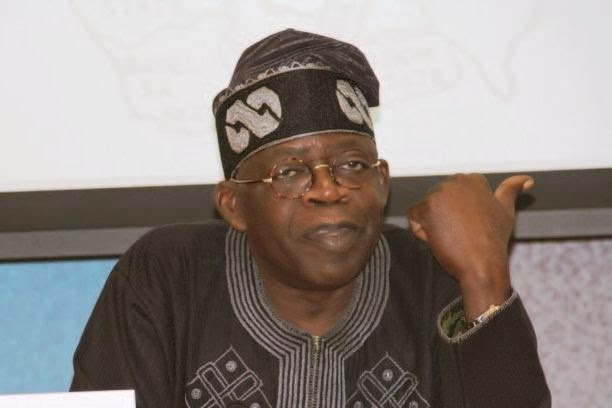 Any attempt by former Lagos State governor and a national leader of the All Progressives Congress (APC), Senator Bola Tinubu, to impose former Accountant-General of the state, Mr. Akinwunmi Ambode, as the next governor of Lagos would be resisted vehemently, a group, Visioners for New Lagos (VNL) has warned.

The group which threatened that it would be fight to finish if Tinubu and his cronies insisted on imposing Ambode noted that it had studied the body language of the APC leader and could tell where he was headed, especially that he was said to have confided in some of his close confidants about the choice of Ambode.
Lagos, it insisted, does not belong to any individual and would settle the scores once and for all in 2015.
Coordinator of the group which is sympathetic to the cause of the APC, Mr. Bambo Akin-Johnson, said in spite of the ideals of the APC as a mega party, Tinubu has refused to drop his unsavoury habit since the days of the Alliance for Democracy (AD), driven by self-centredness, political Darwinism and perceived ownership of the state.

He said: “There is no doubt about the fact that Tinubu has settled for Mr. Akin Ambode as his governorship candidate in 2015. Why no one is opposed to the person of Ambode aspiring to the office of the governor, we take exception to his imposition. If anything, he must be a product of a credible process in the emerging new Lagos.
“The sentiment of playing the religion and zonal card as if the two factors have consciously been part of the Lagos political system will be counter-productive. In fact, Tinubu’s enemies cannot wait to see him fail since he has chosen to arrogate to himself, the power of life and death as if there was no Lagos before him.
“Only recently, Tinubu and a monarch were allegedly at a function in the state where they both openly boasted that they owned Lagos and would do with it whatever pleased them.
“Therefore, the idea of zoning is well understood. Taking it to the East is a clever way of eliminating some of the strong candidates perceived as standing in the ways of their ploy, by which time the other contestants would be shoved aside for the preferred Ambode without recourse to what other stakeholders, particularly party members think,” he said.
According to him, “While we would not dismiss anyone who is qualified to vie for the office of the governor of Lagos State, we have a right to ask questions about the person leading us to the next level and above all, it must be a decision of all through the ballot and not a manipulation of the system by a few.
“Tinubu’s cave-age illusion that he has it all planned is stuck this time. Let him pull as much weight as he could, the truth is that he does not own Lagos. The ownership of Lagos is collective and the accruing collective authority will be willingly relinquished to a candidate of choice and not any dummy planted to do the master’s bidding.
“Enough of this leadership excesses. We are prepared to resist every dictatorship in civilian garb and there is no better time or opportunity to put this to test than 2015. We insist that it is defective; it is retrogressive; it is counter-productive. We will fight it to the finish in 2015 and we shall do this within the ambit of the law and democratic ethos,” he noted. 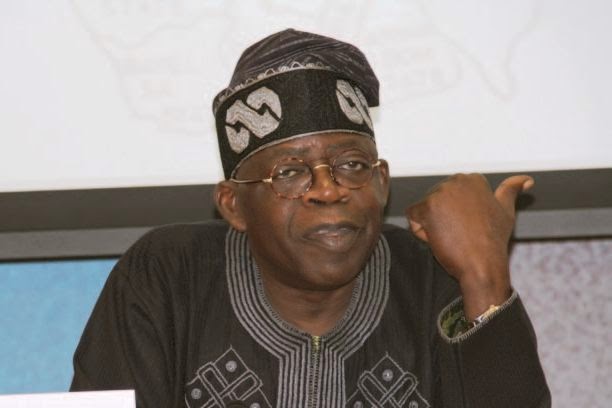