Billionaire Oil Baron, Jide Omokore Talks On Alleged Heart Attack Over Marathon Meeting With Presidency On Missing $20b That Put His Vast Biz At Risk 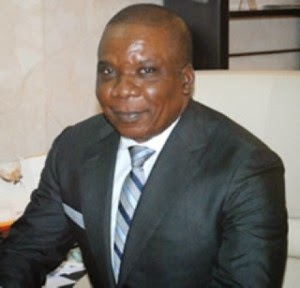 Billionaire oil baron and alleged business front of powerful government officials, Jide Omokore has opened up on stories he suffered a cardiac arrest after an intensive long hours meeting with President Goodluck Jonathan that put his business interests at risk.


Omokore claims the meeting that reportedly centered on how he managed to be implicated in the controversial missing $20 billion allegation by suspended central bank governor, Sanusi Lamido Sanusi didn't happen.

Here are details of trending report on the happenstance.

'Chairman of Energy Resources Group of Companies, Jide Omokore’s health reportedly suffered a relapse two days ago. He was said to have suffered a cardiac arrest after a long-hour meeting with President Goodluck Jonathan.

'According to an inside source, Omokore was invited by President Jonathan for a crucial meeting that lasted hours. Unconfirmed reports say Omokore was scolded by the President for living enough room for the suspended governor of the Central Bank of Nigeria to implicate him and one his companies, Seven Energy, in the controversial missing $20 billion.

Omokore suddenly suffered a heart attack when he returned to his Lagos home. Checks indicate that Omokore has since been stabilized.
Meanwhile, Omokore who has been accused of fronting for powerful people in President Jonathan cabinet, addressed pressmen yesterday debunking reports of ill-health. Omokore said he had been in Lagos all through the week and wondered where the rumour mill manufactured the stroke story from.
“I have been in Lagos all week and you people can see for yourself if I look like someone who suffered a stroke,” he said.'