Best Friend, Lanre Ere Locks Up Spender, Gbenga Adesanya In Dog House, Partners Detain In At Police Station Over N800M Debt That Has Forced Him Off The Scene 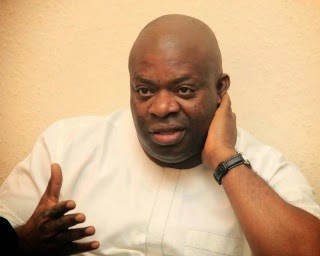 Big spender and darling of many praise singers, Gbenga Adesanya more popularly known as Dodoye is in a humiliating mess.

And the situation has degenerated to the extent that, he has burroughed underground.

'For a long time to come, famous Lagos socialite, Gbenga Dodoye Adesanya will rue the day he yield to the temptation to outsmart his close friend, Lanre Ere Obisesan (aka Seriki) and two other partners in a business deal.

This resulted in his arrest and subsequent detention, at the Panti Police Station, Yaba. And though, he was released after a week, Dodoye is now running from pillar to post, in his quest to offset the N800million debt he owed his business partners.

'His ordeal is more aggravated by the fact that his bankers are now running after him to service the loans he took to invest in Aries Suites, the hotel he co-owns with two other friends. However, it was gathered that before Dodoye landed at the police station, Lanre Ere had lured him to his Magodo residence and locked him up in his dogs’ kennel for several hours.

Moreover, Lanre Ere was reported to have impounded all the cars in his friend’s garage and moved them to an undisclosed location. It was after this treatment had been meted out to Dodoye that the other aggrieved partners turned him in to the police. The lanky big spender, who has now gone low profile, has since been cursing the fate that befell him.'
Posted by MAN ABOUT TOWN at 3:49 AM