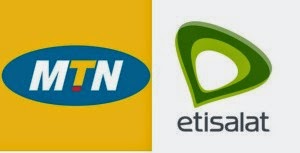 'Not less than 2250 jobs have been lost in two of Nigeria’s telecommunication companies in less than a week.
At Etisalat, 2 000 workers were relieved of their jobs last week while MTN has announced that 252 engineers have been sacked.

'Justifying its decision for job termination, the official statement released by Etisalat said that the services of the retrenched workers were no longer needed in the company.

“Etisalat Nigeria would like to state that there have been recent changes within the organization. Due to these changes, the services of some staff were no longer required.

“We would like to reaffirm that, as responsible corporate citizens, we remain committed to growing and developing our people in line with our core values,” the company said in a statement.

On its part, MTN said the affected engineers were left out following a recent managed services contracts it entered with global telecommunications solutions providers, Ericsson and Huawei.

The contract, according to MTN, would see Ericsson and Huawei managed MTN infrastructures including base stations while MTN focuses on its core business of providing mobile services.

It however said that some workers had been absorbed by Ericsson and Huawei.'