Gbenga Ashafa's Return Bid Troubled As Delegates Demand N150M To Vote For Him Despite Being Sole Candidate! 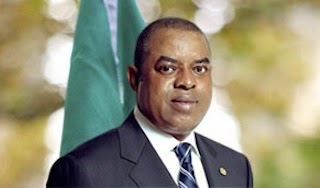 Senator Gbenga Ashafa’s plan to return back to the Senate suffered a setback on Monday as 3,000 delegates who were supposed to return him unopposed demanded N150 million to vote.

It was however drama at the Ikorodu Town Hall on Monday as the 3,000 delegates refused to vote demanding that the senator gives them N50,000 each, which amounted to N150 million before they could cast their votes for him.

Ashafa, it was gathered, had offered each delegate N5,000 to return him unopposed, but they refused, demanding for N50,000 each. As the situation was getting more embarrassing, the lawmaker was said to have added additional N25,000 each to the initial offer, making it N30,000, but the delegates stuck to their guns.

The primary was immediately postponed as the parties could not reach amicable agreement. The primary will now hold on Tuesday at the Epe Local Government.

But, leaders of the All Progressive Congress, APC, in the area came out with excuses that the primary was postponed due to security issues arising from overwhelming turn out of unaccredited delegates that stormed the venue of the primaries.

Lagos state vice chairman of the APC, Mr Fuad Oki who announced the postponement of the election, said the security personnel and the party officials were overwhelmed by the large turnout of unaccredited party faithful who thronged the venue of the primaries.

Oki who is also the chairman of election committee, added that Ashafa is the sole candidate of the APC in the district.

The APC chieftain however assured that the primaries would be held in Epe Local Government.