There is a growing agitation in the corridors of power and beyond. 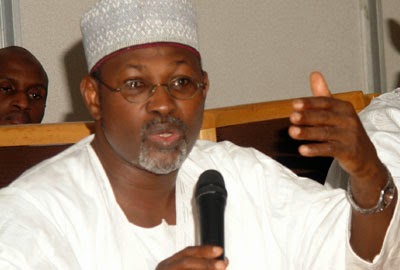 And this development centers around attempts by boss of electoral umpire, Ince - Alhaji Attahiru Jega to print materials for the upcoming general elections abroad, against the backdrop of stifling economic downtown and proven records of successfully staging elections with locally made materials.

'The decision by the Independent National Electoral Commission (INEC) to print materials for the 2015 general election abroad is causing ripples within The Presidency and the economic management team.

The Commission under the chairmanship of Professor Attahiru Muhammadu Jega is believed to be finalizing arrangement to print and import all the materials needed for the general election, with a firm either South Africa or the United Kingdom as the likely beneficiary.

The Post understands that critics of INEC’s proposal have at meetings questioned the wisdom of spending enormous amount of the country’s hard-earned foreign exchange to print electoral materials abroad, when the Nigerian Security and Printing and Minting Plc. (NSPMC) can do the same job at far lesser cost.

The NSPMC has the statutory mandate to print sensitive security materials in the country such as election materials and currencies but critics of INEC’s arrangement are worried that the commission appears to be bowing to pressure from opposition parties even if doing this will cause Nigerian to waste scarce foreign exchange.

It was gathered that Jega and his team at INEC have so far failed to convince President Goodluck Jonathan’s economic management team on the propriety of spending scarce foreign exchange on jobs that can easily be handled by the NSPMC.

The national currency, the Naira, has been under pressure lately on account of falling crude oil prices and a dwindling foreign reserves.

Recently, Governor of the Central Bank of Nigeria (CBN), Godwin Emefiele, visited the INEC as a follow up to a directive by President Jonathan that the election materials be printed locally.

The commission is said to have based its decision to print the election materials abroad on the need to ensure successful elections but critics have pointed out that many State Gubernatorial Elections have been successfully organized using materials printed in Nigeria.

They also point at the fact that the NSPMC has lately printed the Nigerian currency with security features that are comparable with the ones found on some of the world’s major currencies like the US Dollar and the British Pound.

There are also fears that the attempt to print the materials abroad may be a carefully designed scheme by some top officials to siphon money out of the country.

'There also fears that if INEC is allowed to go ahead, the issue could end up as ammunition in the hands of the opposition’s campaign against President Jonathan and his reelection bid.

At the Independent National Electoral Commission (INEC), the Chief Press Secretary to the Chairman, Mr. Kayode Idowu, told The Post that there is no reason for the Commission to disagree with the Presidency saying that it would be ridiculous for anybody to say that printing of election materials was a source of disagreement between it and the Presidency.

He hinted that several companies have submitted bids handle the printing of election materials.

He confirmed that companies had submitted bids  to print the election materials and that the Commission was evaluating all of them based on its needs as it prepares for the 2015 elections, even though the NSPMC is the only one in that line of business in Nigeria.

He Said: “INEC is yet to take a decision on on where materials for the elections would be printed. So I don’t think that would be a source of disagreement between the Commission and the Presidency.”

He went on further to add that when a bid is finally approved the Commission might not make it public so that politicians do not infiltrate the organisation.'
Posted by MAN ABOUT TOWN at 12:43 AM