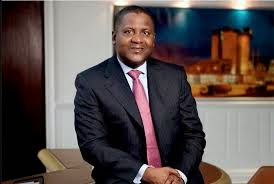 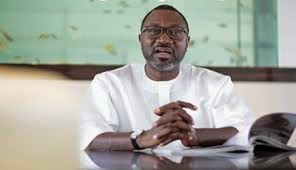 Sources attribute this development to claims that the political horizon is unclear and nobody wants to be caught on the losing side.


This revelation is attributed as part reasons why known financier of political undertakings such as Otedola, Dangote, Samad , Adenuga and others to abstain from the re election fund raising of President Goodluck Jonathan.

That the political climate of Nigeria is presently charged is incontrovertible a fact. The re-entry of General Muhammadu Buhari into the turf, and his eventual and eventful victory at the presidential primaries of the All Progressives Congress has caused a seismic eruption in the political firmament of Nigeria.The tides appear to be moving against the present administration as General Buhari's popularity appears to be on the astronomical rise. In the corridors of power, the fear of General Buhari's victory at the general election coming up in February, 2015 is now the beginning of wisdom, even for money-bags whose financial roles in enthroning the present administration enjoyed massive publicity in 2011.

At the fund-raising dinner for President Goodluck Jonathan where N21 billion was reportedly raised, conspicuously missing at the august event were the trio of Alhaji Aliko Dangote, Femi Otedola and Samad Rabiu or their representatives. It will be recalled that the Otedola single-handedly donated N1 billion to the same course four years ago. While Dangote is on record as having donated undisclosed amount to President Jonathan election in 2011, it was not confirmed how much Samad, the president of BUA Group, contributed.

This set of billionaires have close ties with President Jonathan but it appears they also nurse fear that the President might be on his way out of Aso Villa come next May. The Buhari Tsunami is so awesome that many of the top men of means see investing in the President as a business destined to fail.

The uncertainty around the re-election bid of Mr. President asides, the economy has not been friendly to the capitalists. It has been a trying period for Dangote while Samad has also felt the acerbic bites of the falling value of Naira. Only last month, Dangote lost a whoopin $3.7 billion (N630 billion) in 24 hours. The sharp slide could be attributed to the loss of Dangote Cement on the stock market (from N208.85 to N198.45 per share), and the battering of the naira which exchanged for N170.5 to the dollar.

Their indifference can also find explanation in the crashed machinery which brought President Jonathan to power. This machinery was coupled by former President Olusegun Obasanjo, and oiled by the Dangotes and Otedolas of the world. But now that things have fallen apart between Obasanjo and the President, Obasanjo's 'boys' seem uninterested in the Jonathan project anymore
Posted by MAN ABOUT TOWN at 4:49 AM