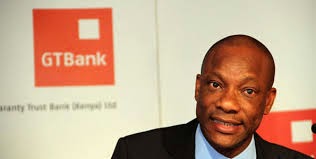 For guests - made up of invited customers and related public - at the end of the year party of financial institution, G.T Bank - it was a mixed blessings.

Many experienced wanton shoving and pushing despite adorning the entry pass.


And the reason simple, the arrangement in place couldn't properly cater for the needs of the situation on hand.

Here is a fuller version of how it went down

Lekki British International School was transformed into a haven of delight as GTB hosted the end of the year blast that was themed  ‘The Biggest and the Baddest.’ While it was arguably the biggest, some guests left with a bad taste that even exquisite wine and dishes couldn’t nullify.

Unexplainably, guests who showed up for the event were more than guests invited. It should be emphasized that staffs  who grandly bore blue bands were treated like monarchs and had easy access to the venue, those unfortunate to have acquired the orange bands experienced the steam of class discrimination.

As security men struggled to control the shenanigans of the boisterous crowd, guests were pushed, shoved and rough-handled. Before long, swear words and unimaginable hate became the order of the day.

Programmed to begin by 6:00pm, guests were left standing outside the venue for three frustrating hours as they stewed in regret over attending the much hyped shindig.

Basket Mouth seems to be losing his touch or is simply being dulled by boring co-hosts. He was paired with IK Osakioduwe (Host of Big Brother Africa) as host of GTB end of the year party; after series of dry jokes, guests were ready to pull out their hair in frustration.

The show began to come alive when Nigerian artists took turns in dragging invitees out of their funk.

The likes of Phyno, Wizkid and Tiwa Savage thrilled guests with lively performances while Davido struggled with his gruff voice, clearly hinting his desperate need for a voice coach. DJ Cuppy was the goddess of the jam, with her diamond crusted laptop, the show was redeemed from being a total mess. There seems to be a connection between Agbaje and Wande Coal.

As the music sensation graced the stage, Agbaje uncharacteristically threw decorum out of the window and put every part of his body to work as he danced to the Wande’s thrilling tune from beginning to ending. Mavin Crew was not left out of the party; with series of energetic performances from members of the crew, all the flops of the event were forgiven and guests began to dance their aggravations away. As Don Jazzy took the mike to perform the famous ‘Dorobucci’, the heavens illuminated with the most artistically stimulating fireworks the year has seen. For thirty enjoyable minutes, guests stood and watched in enthrallment as GTB showed its superiority over other establishments through the sky experienced bouts of captivating fireworks that signaled the end of the show
Posted by MAN ABOUT TOWN at 4:31 AM