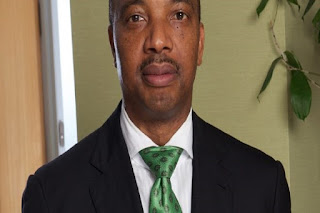 The business empire of Jite Okoloko, one of the alleged strong allies of former Delta State governor, James Ibori, and a big beneficiary of the nation’s economic patrimony under the sixteen years of the People’s Democratic Party’s administration that ended in 2015, appears to be heading for
difficult times, if the unsavoury news filtering out of Eroton, Midwestern Oil and Gas as well as Notore Chemicals, the three diamonds of the empire, is anything to go by.

Sources disclosed that Notore Chemicals has been battling with operational challenges in the aftermath of its largely undersubscribed attempt to raise fresh working capital from the Stock Exchange last year.

The firm, sources said, has had to review its ambitious expansion and diversification plans it hoped to fund with the expected fresh capital injection that did not materialize. It is also said to be battling with huge cash calls occasioned by its liabilities while several contract and junior non-contract staff are said to have been laid off between December 2018 and end of Q1 2019 due to poor returns.

On its part, Eroton has enough headache worrying about the fate that awaits its business structure and fortune that is tied to Oil Mining Licence OML18 which knowledgeable oil industry sources said might not be renewed after its expiry date of 2020. Currently, Eroton is the operator of OML 18 which has more than 576 million barrels of oil and approximately 4.2 trillion cubic feet of gas.

Sensing the need to re-evaluate his political standing as a means of salvaging his economic interest in the Nigerian oil and gas sector, Jite Okoloko was alleged to have been trying to warm up to the presidency and APC since 2017 but with little or no success.

For instance, he was alleged to be one of the silent financiers of the Senatorial bid of ex-governor Emmanuel Uduaghan while also heavily backing the 2nd term bid of Governor Okowa.

Unconfirmed sources however said Okoloko’s hand of warmth was also extended to the APC candidate in the March governorship election, Chief Great Ogboru.

This, the sources said, was to ensure that he had allies across the major political parties to push his case to the president’s ear.

However, how successful the strategy would be remains to be seen.

But the Eroton 27% stake in OML 18 is currently the subject of a messy suit FHC/L/CS/793/2018 instituted by SunTrust Oil Company Nigeria Limited against Midwestern Oil and Gas and six other defendants.

In the suit before the Federal High Court, Lagos Division, Sun Trust Oil Company has preferred a case of Breach of Shareholder Agreement against the defendants as pertains to 50% of Eroton’s issued share capital owned by Martwestern Energy Limited which is a special purpose company jointly set up by Midwestern Oil and Gas and Mart Resources Limited to hold and manage 50% stake of Eroton. The other 50% Eroton stake is owned by Bilton Energy Limited.

Sun Trust is alleging illegal conversion and transfer of a substantial part of the Martwestern shares to some other companies purportedly brought in as shareholders outside the framework of the existing Shareholder Agreement between it and the other two original shareholders of Martwestern, without its (Sun Trust) knowledge and input.While hearing in the Sun Trust matter continues, a Delta State High Court sitting at Sapele, Southern Nigeria, has struck out the “Stakeholder Interpleader” Suit jointly filed before the Court by two law firms, Perchstone & Graeys and Templars, led by Messrs Folabi Kuti and Godwin Omoaka respectively, on behalf of Midwestern Oil and Gas Company Limited against three Respondents, namely Seistech Energy Limited, Sapele Power Plc and the Nigeria Electricity Liability Management Company Ltd/GTE, to forestall the enforcement against it of a consent Judgment of the Federal High Court sitting in Lagos, in a previous Suit between the Company and Seistech Energy Limited.

In his ruling striking out the Suit, the Presiding Judge, Justice A.O Omamogho, said: “the filing of this Suit amounted to an abuse of court process having regards to the various definitions of what amount to an abuse of court process, and the facts that this court is being vested with the power that it does not possess to review the consent judgment. The only course open to this court is to strike out the suit in the circumstances, this case being herein struck out with the cost of N200,000 to each set of Defendants in this case”

Justice Omamogho further said Seistech and Midwestern had amicably settled a Winding-up Suit instituted by Seistech against Midwestern in the Federal High Court, in Lagos on the 12th day of February, 2018, as a result of which the Terms of Settlement drawn up and executed by both parties and counter-signed by their lawyers was entered as Consent Judgment by the presiding Judge, Justice Babs Kuewumi.

Justice Omamogho said by the terms of the Consent Judgment, Midwestern was to evacuate its crude oil from Seistech’s storage within a particular period and pay storage fees at a particular rate. It was also agreed that if Midwestern failed to evacuate its crude within the specified period, it would then be liable for a higher storage fee until evacuation.

The judge noted that Midwestern failed to evacuate the crude within the stipulated timeline and storage fees accrued, as per the Consent Judgment, to over US$3Million, as at the date of Midwestern’s filing of its Stakeholder Interpleader Summons in the Sapele High Court.

The Sapele Court said in order to avoid its mounting obligations under the Consent Judgment, Midwestern Oil and Gas, through the law firms of Perchstone and Graeys and Templars, instituted another Suit in the court against Seistech and two other parties, in order to limit its period of liability for storage fees while claiming it did not know which of the three (3) Defendants to pay the reduced storage fees to.

In filing this action, the court ruled, Midwestern concealed the fact that there was a subsisting Consent Judgment over the issue of payment of storage fees while Midwestern then sought injunctive orders against the Defendants, including Seistech, which would have had the effect of completely varying the terms of the Consent Judgment if granted.

Counsel for Seustech, Mr. Fidel Albert, objected to the Suit as being grossly inappropriate and incompetent in the circumstances, arguing that the suit is abuse of court process. He further argued that Midwestern is bound by the Consent Judgement and must not be permitted to use a so-called “Stakeholder Interpleader” to vary or subvert the terms of the Consent Judgment.

In agreeing with Counsel for Seistech, Justice Omamogho held that it was clear in the Consent Judgment of the Federal High Court, Lagos, that storage fees is to be paid to Seistech and that it seemed clear that the stakeholder Interpleader Summons was instituted by Midwestern in bad faith to prevent Seistech from executing Judgment in Suit No: FHC/L/CP/1955/2017 filed in Lagos.

The Judge further held that the “Stakeholder Interpleader” Suit filed on 24th of September, 2018 amounts to re-litigating the same issue all over in another guise but that the Court cannot afford to accept the generous donation of power to it for Midwestern to alter the Consent Judgment by his learned Brother in the Suit filed in Lagos.

As things stand, Midwestern Oil and Gas will have to cough out funds above $3million to offset its storage fees indebtedness to Seistech. This fee will continue to rise until Midwestern evacuates its crude in Seistech’s storage facility as provided for in the subsisting Consent Judgement.
Where Midwestern fails to pay, Seistech will be empowered to commence a winding off/receivership procedure against the company in order to recoup its loss.

Indeed, Jite Okoloko and his business empire have a battle ahead.
Posted by MAN ABOUT TOWN at 7:23 AM