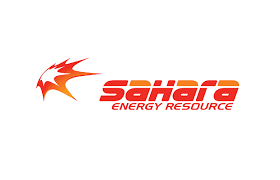 Few days after reports rented the air of a likely takeover of Sahara Energy Resources by UBA Plc, depending on the outcome of a litigation instituted by the bank over Sahara Energy Resources Limited’s inability to pay a debit of
N15.2 billion, TheCapital has gotten wind of an exclusive that Sahara Group, with its subsidiaries, is hugely indebted to other banks to the tune of several billions of naira, a situation that has sent investors and shareholders of these banks into panic mode, thereby putting undue pressure on the managements to retrieve the huge debts before Asset Management Corporation of Nigeria (AMCON) comes knocking.

The UBA loan facility obtained in August 2013 has been found to be just a fraction of huge pool of loans taken by subsidiaries and companies into which Sahara Group has entered partnership in its bid to play big in the energy sector. Reliable sources hinted that UBA is only taking the lead as other banks have also resolved to resort to the legal option to make retrieve the loans; that in a matter of days, several of the group subsidiaries would be answering to numerous charges in different courts in a move to get them cough out the billions which are fast becoming bad loans.

By now, Tonye, the highly successful businessman-turned-politician might be ruing his decision to jettison the business world for politics which has continued to spatter muds of failure on his hitherto unblemished records of success.

The manner through which Tonye’s aspiration of unseating incumbent governor of the oil-rich state disappeared into thin air without even having the benefit of being featured on the ballot was an anti-climax and unprecedented in Nigeria.The ominous signs that things would not be a bed of roses were unravelled early when his rival, Magnus Abe, took the battle to him and his godfather, Rotimi Amaechi, in a do-or-die duel that snowballed into bloodletting and shootings, one of which Tonye escaped by whiskers.  Ultimately, the All Progressives Congress was denied the opportunity to field any candidate for the election after a series of litigations that sounded the death knell on Tonye’s ambition on which he has spent huge fortune running into billions.

As if that was not enough adversity to grapple with, Governor Wike became unsparing in his drive to stifle Tonye of his resources. The belligerent governor cancelled major Sahara Energy-linked contracts in the state. Tonye may have resigned from the company to focus on politics; he still owns substantially controlling shares of the group. The Wike-led government approved the termination of the share sale contract for 70 per cent equity of the state-owned power generation assets.The contract held by First Independent Power Limited in Omoku, Afam, Trans-Amadi and Eleme Gas Turbines to NG Power-HPS Limited was terminated. The government also terminated the concession of the Rivers and Bayelsa State owned Olympia Hotel to Cenpropsaroten Hotel Management Limited, and the concession agreement between it and Kild concession Limited in respect of the construction of a Toll road and Secondary developments at Abonnema Wharf, Port Harcourt.

All the three companies whose contracts and concessions were terminated were subsidiaries of Sahara Energy Limited.Tonye Cole surely did not bargain for the happenstances that have trailed his decision to take a plunge into the murky waters of Nigerian politics. Not a few people were taken aback when the billionaire entrepreneur decided to call it quits with business and embraced politics after the carrot of easy ride to the government house of Rivers State was dangled before him by the Minister of Transports and former Governor of the state, Rotimi Amaechi.In fact, a lot of critics saw his accepting such offer as a move badly thought out, considering the fact that few of Amaechi’s loyalists and protégés had their eyes on the ticket and were deeply bruised by the decision of their godfather to opt for a political greenhorn.