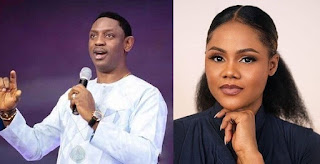 The wife of soul singer Timi Dakolo, Busola, has alleged that she was raped as a teenager by flamboyant Abuja based Pastor of Commonwealth of Zion Assembly, Biodun Fatoyinbo.
According to her, she was a
16-year-old in the Divine Delight Club at Ilorin, kwara State; the precursor to Fatoyinbo’s Commonwealth of Zion Assembly when she said was groomed and raped by the pastor.

Dakolo explained that as a member of the church, she was raped at two different times in a week by the pastor, adding that she lost her virginity to him before she turned 18.
She alleged that the pastor raped her for the first time at her parent’s home and at another time in a secluded road path.
“Fatoyinbo showed up at our house unannounced early on a Monday morning  and I was still in my nightgown, as my  mother had traveled with my sisters and were absent at service the previous Sunday.
“Immediately I opened the door , he just pushed me, he didn’t say anything, he didn’t utter any word, he just pushed me to one of the chairs in my living room.”
“I saw him, he was removing his belt, he just said: ‘keep quiet, do what I want you to do and you will be fine.”
“He didn’t say anything after, left to his car, returned with a bottle of Krest and forced me to drink it, probably as some crude contraceptive.”
She also said he told her, “You should be happy that a man of God did this to you.”
“I have kept quiet over the years. I had to come out to say this because another narrative was being said.”she added.
Dakolo said she spoke up because her husband put up a social media post on Instagram, accusing the Nigerian clergy of condoning rape and sexual assault.
This revelation comes after her husband, Timi, recently called out the pastor over his alleged sexual relationship with female church members, encouraging other victims who have gone through the experience to speak up. 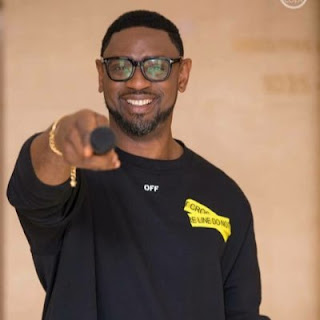 Timi’s posts however generated mixed reactions, with intense backlash, support and evoked rumours about who the subject of his post was and who the victims were.
In 2013, the clergy popularly called “Gucci Pastor,” because of his flamboyant fashion style, was also entangled in an allegation of infidelity with one Ese Walter, a former member of the church.
Walter, now married, had set social media ablaze after she alleged in a blog post that she had a week-long sexual relationship with the pastor during  a visit to London.
Walter, however admitted that her romance with Fatoyinbo was consensual, but said she felt “abused and manipulated” by him and the passive manner the church’s leadership handled the issue after she  complained.