Video: Growing Controversy As CEO Herbert Wigwe Reels Out Those The Bank Would Throw Into Unemployment Over Covid-19 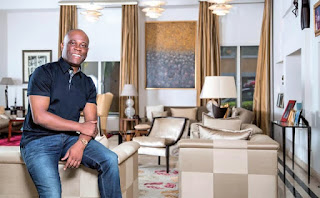 The Chief Executive Officer of Access Bank Herbert Wigwe reels out the cadres of staff the bank would throw into the Labout market over
the hit its income has taken over covid-19 lockdown.

Wigwe who was obviously speaking with staff on the way forward itemizes the cadre of workers that are deemed ‘’surplus’’ to requirement as it strives to stay afloat in  this trying time.

The recommendation of the bank chief has started attracting a bit of controversy based on belief by some that this is not a period to sack people but provide social safety net for as many people as possible keeping workers employed – even at slashed family – rather that add to the despair many are trying to reduce with giveaways and donation all over town.

‘’Even the Federal Government is trying to employ some people across the country to reduce unemployment and create a social and economic safety nets for many families, which makes the recommendations by Wigwe in the video realistic but very harsh in this period’’ a source stated.

Those mentioned by Wigwe are deemed by many as the low hanging employees that needs to stay employed such as the Security men, Tea girls  and others in the Video below