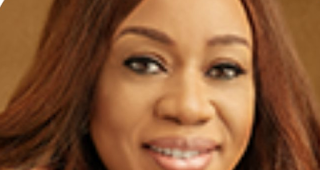 As the tenure of Segun Agbaje, the Group Managing Director/Chief Executive Officer of Guaranty Trust Bank, winds up this year, the battle to succeed him in the bank has intensified. One of the favourites to succeed him is Mrs. Miriam Chidiebele Olusanya, an Executive Director and Head, Wholesale Banking Division of the bank. Regarded as a banker’s banker with a proactive and pragmatic approach to 21st Century banking, Mrs Olusanya has over 20 years experience spanning Transaction Services, Treasury, Assets and Liability Management, Corporate Finance and Wholesale Banking. She joined GTBank in 1998 and has been in charge of managing its Naira and Foreign Currency Balance Sheet, Asset and Liability Position and Money Market, Foreign Currency and Bonds Trading.

Many of her colleagues believe that she stands in good stead to succeed Agbaje. She does too. Together, intense lobbying has begun while influential Nigerians and foremost shareholders in the bank and financial services stakeholders are being contacted and convinced to support Olusanya. The argument is that with the new wave of women taking up leadership positions in many banks – notably the recent appointment of Nneka Onyeali-Ikpe as the MD/CEO of Fidelity Bank – it would be perfect if GTBank looked the way of Olusanya as the new GMD/CEO.

However, it would not be a walk in the park for her as Ademola Odeyemi, the Non-Executive Director responsible for International Banking and Strategy and Group Coordination of the bank’s subsidiaries is waiting in the wings but not folding his arms either. Odeyemi is a Chartered Accountant (Fellow), a graduate member of the Chartered Institute of Stockbrokers of Nigeria, and a Chartered Member of the Institute of Taxation in Nigeria. He holds a First Class Honours first degree (B.Ed) in Social Studies from the Obafemi Awolowo University, a Masters Degree in Tests, Measurement and Statistics, which he finished with a distinction average; and a Doctorate Degree in Tests, Measurement and Statistics from the same university.

He joined GTBank in 1997 left to work with First City Monument Bank as Head of Financial Control and Strategy; and Chief Operating Officer for four companies in the FCMB Capital Markets Group in 2002. He later returned to GTB in 2003, serving as a Non-Executive Director on its Ghana, Liberia and United Kingdom boards.

What makes the battle even more intense is that GTBank is currently without a substantive Deputy Managing Director who would have eased seamlessly into the role. Banjo Adegboungbe, the former DMD, was appointed in February 2020 as the substantive MD/CEO of Coronation Merchant Bank. He has not been replaced since then, which has thrown the slot open to the executive directors. The GTBank board is, however, said to be on the lookout for a candidate that possesses the grit, gut and genius of Agbaje, not a lily-livered person. The board reportedly also wants an intrepid MD that can take on debtors without batting an eyelid or caring whose ox is gored.

Agbaje was appointed Acting Managing Director in April 2011 when his predecessor, Tayo Aderinokun, then in the terminal stages of a diagnosis of lung cancer, proceeded on medical leave. Upon Aderinokun’s death in June 2011, Agbaje was named substantive MD/CEO of the bank. That was a year after the Central Bank of Nigeria, CBN, introduced a policy that the appointment of bank CEOs as approved by the board must also be ratified at the bank’s annual general meeting and such term of appointment in the first instance shall not exceed five years, renewable for another five years provided the cumulative does not exceed ten years. This was one of the revolutionary policies of the then CBN Governor, Sanusi Lamido Sanusi.