Ellen DeGeneres Is Ending Her Show After 19 Years 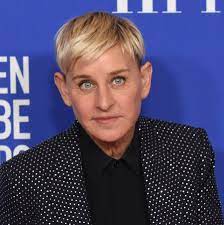 "When you're a creative person, you constantly need to be challenged — and as great as this show is, and as fun as it is, it's just not a challenge anymore," the comedian told The Hollywood Reporter.

The host and her show have also been subject to myriad misconduct accusations from staffers over the past year, which include reports of mistreatment and unfair pay early in the pandemic.

According to DeGeneres, 19 seasons has been the plan for the past three years.

DeGeneres weighed in on the misconduct allegations as well, dispelling speculation that the controversy is responsible for the show's end.

"It was very hurtful to me," she said. "I mean, very. But if I was quitting the show because of that, I wouldn't have come back this season."

"So, it's not why I'm stopping but it was hard because I was sitting at home, it was summer, and I see a story that people have to chew gum before they talk to me and I'm like, 'Okay, this is hilarious,'" she continued. "Then I see another story of some other ridiculous thing and then it just didn't stop. And I wasn't working, so I had no platform, and I didn't want to address it on [Twitter] and I thought if I just don't address it, it's going to go away because it was all so stupid."

"It destroyed me, honestly," DeGeneres said of the allegations. "I'd be lying if I said it didn't. And it makes me really sad that there's so much joy out there from negativity. It's a culture now where there are just mean people, and it's so foreign to me that people get joy out of that. Then, on the heels of it, there are allegations of a toxic workplace and, unfortunately, I learned that through the press. And at first I didn't believe it because I know how happy everybody is here and how every guest talks about, 'Man, you have a great place here. Of all the talk shows I've done, everyone here is so happy.' That's all I've ever heard."

DeGeneres will be sitting down with Oprah Winfrey on May 13 to discuss her decision further.