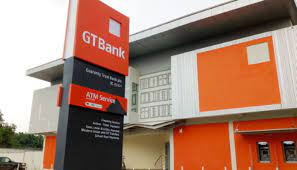 A major Management restructuring is at the final stages of completion at Guaranty Trust Bank, one of Nigeria’s most respected commercial banks.

Sources with knowledge of the matter informed Nairametrics that a clean sweep of top management staff above the age of 45 has been effected as current maverick MD/CEO Segun Agbaje prepares to retire as MD/CEO of the bank and proceed as MD/CEO of the bank’s Holding Company.

Segun Agbaje is expected to leave following the end of his 10-year tenure as Managing Director of the bank.

According to multiple sources, the bank is set to announce Miriam Olusanya as its new Managing Director. We understand the Central Bank has already been notified and a formal announcement could be made anytime soon.

As part of the management restructuring already in effect, two of the oldest and revered Executive Directors of the bank have already been asked to retire after illustrious years of service to the bank. Nairametrics also understands 4 General Managers out of 9 have also been asked to exit the bank paving the way for younger executives mostly under the age of 45 to take charge.

A list of appointments and exits purportedly approved by the board is already being circulated across several social media groups on WhatsApp and Telegram. Nairametrics cannot confirm the authenticity of the list and although officials at the bank did not confirm the list, they stated that a press release would soon be made to announce the appointments.

In September 2020, Agbaje disclosed during the bank’s investor earnings call that GTBank was already looking for its next Managing Director. According to him, five of the bank’s Executive Directors were in line for the top job and were at the concluding stages of the recruitment process.