Why Abidemi Rufai Should Not Be Granted Bail – U.S. Govt. 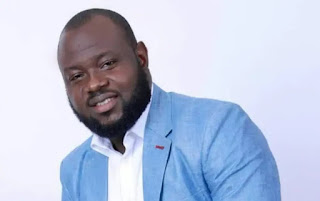 The United States Department of Justice has written a letter to the United States Magistrate Judge in Eastern District of New York, Ramon Reyes, on why it is dangerous to release an aide to Governor Dapo Abiodun of Ogun State, Abidemi Rufai, on bail.

The Acting U.S. Attorney, Tessa Gorma, in a letter obtained exclusively by PREMIUM TIMES on Thursday said Mr Rufai presents an extreme risk of flight and “if he does escape to Nigeria, extradition will be extraordinarily difficult or impossible because of his ties to the Nigerian government.”

This newspaper reported that the suspect used to work as Senior Special Assistant to Governor Abiodun.

He was suspended from office after the report on his alleged involvement in a $350,000 COVID-19 unemployment fraud in the U.S.

Mr Rufai was nabbed while trying to jet out of the U.S. around 7:45 p.m. on May 14 after allegedly using the identities of more than 100 Washington residents to steal more than $350,000 in unemployment benefits from the Washington State Employment Security Department (ESD) during the COVID-19 pandemic last year.

Mr Rufai appeared in court on Wednesday but was denied bail because his brother, Alaba Rufai, who is listed in court records, could not afford the $300,000 surety bond for his bail.

The Acting U.S. Attorney, Ms Gorma, said in her letter to the court that Mr Rufai’s history and characteristics weigh heavily in favour of detention, particularly his extensive ties to Nigeria.

“…By contrast, Rufai has no known contacts to the Western District of Washington—apart from using the stolen identities of its residents to rob the state’s coffers. His only known connection with the United States is his brother (one of 15 siblings) who resides in New York.

“Rufai has substantial financial resources that will enable his flight. Rufai made the dubious representation to Pretrial Services that his total assets consist of $6,000 in the United States and $10,000 in a Nigerian bank account.

“At the time of his arrest, the defendant was preparing to board a first-class flight to Nigeria with five debit cards and two credit cards in his wallet, a luxury Cartier watch, seven pieces of luggage, and three smartphones on his person.

“While the government does not have access to his Nigerian financial information at this time, the Amended Complaint sets forth evidence that, during the period of the fraud, a single U.S. bank account in Rufai’s name received $288,825 in deposits.

“Even this partial financial picture makes clear that Rufai has significant financial assets sufficient to facilitate his flight,” she said.

Ms Gorma stressed that if the suspect succeeds in fleeing the country, he likely will be gone forever.

“It is well known that extradition from Nigeria to the United States is difficult under the best of circumstances. That will be exacerbated in this case because of the strong political connections that earned Rufai a governmental appointment.”

The U.S attorney’s arguments have precedence: the politician and businessman Buruji Kashamu was charged for drug smuggling in 1998. The U.S .authorities were still struggling to extradite him until his death last year from COVID-19 complications.

According to the letter obtained by PREMIUM TIMES, the U.S. government said the weight of evidence against Mr Rufai justified his detention.

“Rufai is accused of being a significant participant in what may have been the largest fraud ever against the Washington state government.

Ms Gorma also explained that different complaints show that Mr Rufai is a prolific fraudster whose schemes have been ongoing for years.

“It is noteworthy that Rufai’s brother, when interviewed by Pretrial Services, was unwilling or unable to provide any information about Rufai’s business activities in Nigeria. Rufai is highly knowledgeable about obtaining and using large volumes of stolen personal identifiable information and tax and other financial documents.

“He is also a sophisticated user of payment systems and financial institutions to obfuscate financial transactions. Since at least 2017, Rufai has used these skills and knowledge to file disaster relief claims to the Federal Emergency Management Agency (FEMA) and perpetrate schemes involving U.S. tax and business fraud.

“Accordingly, Rufai would pose a serious economic danger to the community if released. The cash bond and surrender of travel documents proposed by Pretrial Services are wholly inadequate to reasonably assure the defendant’s appearance.

“The surrender of travel documents is also inadequate. Rufai could use his resources to purchase a fraudulent passport, or even slip over the border without one. Further, the investigation has developed evidence that Rufai is well-acquainted with sophisticated manufacturing and use of fake identification documents and procuring these documents with cryptocurrency such as bitcoin.

His mail is said to have been used for various fraudulent transactions.

“For example, on October 18, 2018, Rufai emailed support@secondeyesolution.com and inquired, “what i mean is that can you do a master card which i will provide the details and u send me the picture front and back just like you do for drivers license.” Rufai’s email account also contains dozens of order confirmations from the same email address, showing payments in bitcoin.

“Given the extensive fraud, Rufai has been able to perpetrate primarily with a computer and an internet connection, there are no conditions that can reasonably assure the Court that he will not cause economic danger to the community if he is released,” the letter read.