Here Is A Major Secret Of Mike Adenuga's Wealth 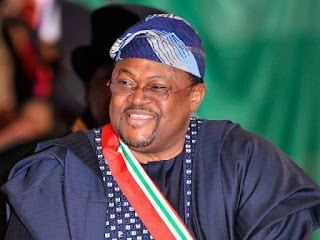 This celebration of the new

age of 68 comes with a major insight into one of the secrets of his intimidating success.

Bode Opesetan, one of the well wishers with a very deep knowledge of the workings of the mystery world of the king of commerce simply known as Mike Adenuga throws light one of the valuable secrets behind his wealth.

Opesetan who has long term personal interaction with the reclusive billionaire touted to be wealthier than the officially liste richest black man in the world (Aliko Dangote) explained “a part of Adenuga does not even want to be so called” the undisputed number one man of wealth in Africa.

“He believes the revulsion, jealousy and distractions that will come with the rosette will lionise his adversaries and sap his energy. “ Opesetan who operates at the top most level of the operations of Globacom, the product of the second telecommunication license secured by Adenuga (in 2003) stated – the first one he got , a conditional license in 1999, was revoked.

Those who should know insist that  Opesetan’s disclosure is one of the innermost secrets at the heart of Adenuga’s massive wealth.

“He is quietly building his intimidating wealth without as much resistance as he would have faced if  his true worth is known and listed. He would have been named as the undisputed number one and many who want the position would have made him a target and Adenuga would have spent endless time fighting them off rather than on increasing his wealth” societynow.ng learne.

The son of a strict school teacher (Michael Agbolae Adenuga Sr) and an industrious business woman(Juliana Oyinamola Adenuga – nee Onasile) is listed as the fifth richest person in Africa and valued at N6.3Billion by Forbes in its latest edition.

The ranking has been disputed by those who should but Adenuga remains silent.

The strategy behind the silence of the holder of degrees in Business Administration from the Northwestern Oklahoma State University and Pace University, New York explained by Opesetan validates societynow.ng’s story on why Adenuga Has Refused To Claim His Spot In The Raning Of Africa’s Billionaires

The large heart who attended Ibadan Grammar School and Comprehensive High School, Ayetoro where he got his Higher School Certificate (HSC) is known for touching lives with monetary and financial gifts on his birthday – instead of receiving.

Adenuga whose fortune changed in 1990 when as 37yr old, he secured a Drilling License and the next year, his company Consolidated Oil (ConOil) struck oil in Ondo State is well known for his generosity – though he insists the beneficiaries keep sealed lips.

Opesetan in his birthday message beamed a huge light on this side of the dream of many whose mastery of business earned him the nickname “The Guru”, tenacity gave him the alias “The Bull” and true status as someone to be reckoned with earned him the appellation “Chairman” with the statement that “on his unofficial payroll are traditional rulers, retired military Generals, professionals of all hues, friends, associates and individuals totally unknown to him who have been mauled by the vicissitudes of existentialism.”