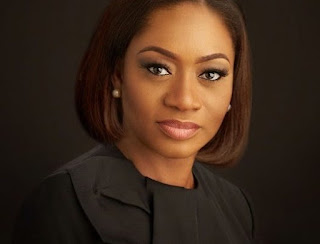 Details available to societynow.ng revealed that Miriam Chidiebele Olusanya should have been announced as the Managing Director and Chief Executive Officer of Guaranty Trust Bank (GTBank) last week.

Information available revealed that the process was put on hold due to an unforeseen occurrence.

Societynow.ng learned a development that would have taken some of the shine off the big day was thrown up by “certain persons.”

The private life Olusanya who is the Executive Director in charge of the wholesale banking division was invaded.

“The feast of the absurd was not even about what she can be held responsible for” societynow.ng gathered.

There are said to be strong suspicious that the development has roots in resentment by some people over the Director’s emergence as the “unofficial” CEO designate.

Regarding how the banker with over 20years experience on the job emerged as the person with the strongest chance to succeed outgoing Managing Director, Segun Agbaje, societynow.ng gathered that it is not that other contenders were not qualified but more about reposed confidence in the ability to operate within the theme of the larger dream for the bank.

Added information back the age-long saying that in situations that a top man needs to emerge, there will always be losers and gainers but it appears some of the losers (backers inclusive) in the race for who succeeds Agabje are not willing to go away quietly.

“It is really sad. Sad that critical questions about competence are not being asked rather attempts to sacrifice ability on the altar of emotions are being made” societynow.ng learned.

Those who should know, however, disclosed that stakeholders who care about the import of such attempts on the bank which declared a profit before tax of ₦53.7billion for the first quarter of 2021 have stepped-up effort to “put things in control.”

“As it stands, Miriam (Olusanya) remains the one (to succeed Segun Agbaje). What is now been done after last week’s unfortunate episode is to ensure she is announced (as GTBank CEO designate) in a favorable environment” societynow.ng gathered.

Miriam Chidiebele Olusanya was supposed to be announced as the Managing Director/Chief Executive Officer designate of Guaranty Trust Bank (GTBank) early last week, but the move was halted in the face of the eruption of details – unconfirmed – about the private life that sought to wipe up emotions against her.

When announced, Olusanya will make history as the first female CEO of the financial institution founded on January 17, 1990, with founders Fola Adeola and Tayo Aderinokun (late) as back-to-back Managing Directors.

The death of Aderinokun in June 11, 2011 paved way for the emergence of outgoing CEO Segun Agbaje. This was after he was named acting Managing Director in April 2011 while Aderinokun battled the final stage of lung cancer.

Agbaje leaves office next month – June 2021 – in a hail of amazing results that has made investors extremely happy after the 10years spell allowed by the rules guiding banking operations.

Olusanya who is expected to take over joined the bank in 1988 and possesses banking experience which spans Transaction Services, Treasury, Assets and Liability Management, Corporate Finance, and Wholesale Banking. She’s an Executive Director and Heads Wholesale Banking Division of the bank. She studied at the University of Ibadan and University of Liverpool.