Why Sterling Bank M.D Abubakar Suleiman Is Under Pressure 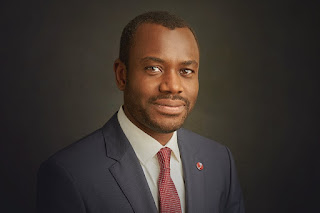 There are strong indications that the Chief Executive Officer of Sterling Bank, Abubakar Suleiman may take another job – after just three years in charge.

Abu by those very familiar with him was appointed to his present position in April 2018.

He succeeded Yemi Adeola who retired from the bank same month.

Societynow.ng gathered that Abubakar is in very strong contention to head the Holding Company already approved for Sterling Bank.

“He is the heart-beat of Sterling Bank’s future, that is why he is in prime position to leave the office of Bank CEO and head the Holding Company (holdco)” societynow.ng gathered.

The Holdco will oversee operations at the bank and Abubakar is being pushed to take charge because of the direction he has shaped for Sterling Bank and the complexity involved in making huge returns since he took office.

The bank is said to be playing heavily in risk underwriting by backing businesses in targeted sectors to succeed with heavy reliance on technology.

“The theme of the strategy is wealth creation leveraging on technology and the conviction is that there is a better deal for the bank in that sphere than the densely populated payment services its competitors are focused on” societynow.ng learned.

The information available has it that Abubakar who held the dual positions of Executive Director Retail Banking and Chief Financial Officer before his appointment as Chief Executive Officer has put into play a strategy that would transform Sterling Bank into a major financial adviser and lender with the capacity to underwrite risk in such a way that no other can compete in the targeted sectors.

Societynow.ng gathered that the Managing Director who joined Sterling Bank in 2003 as Group Treasurer discovered that the banking license that covers his financial institution does not allow the execution of the ambitious plan at the desired scale and sold the idea of Holdco to stakeholders.

‘With the successes already recorded by the early part of the plan, the holdco idea was bought and he is now being pushed to take charge by certain heavy hitters in the comity of stakeholders because of the role he has to play” societynow.ng learned.

Abubakar, 47, holds a first degree in Economics from the University of Abuja and a Master of Science in Major Programs Management from Said Business, University of Oxford.

Societynow.ng gathered that under the watch of the member of professional associations such as the Institute of Directors, governing council of the Chartered Institute of Bankers of Nigeria, and Advisory Council of Lagos Business School, Sterling Bank’s digital offerings such as Specta, a digital lending platform for customers and non, self-explanatory – Social Lender and Alt-Mall, an e-commerce platform that allows for deferred payments and investment apps – Doubble and I-Invest are said to be thriving beyond expectations.

Between early 2018 when Abubakar took over as Sterling bank managing director and mid-2020, Specta is said to have done loans valued beyond the threshold of N70B.

“And that’s just one of many frontiers that are being opened up under the leadership of Abubakar in changing the focus of Sterling bank. I guess that is telling on why there is a major push for him to oversee the larger picture by heading the Holdco” societynow.ng learned.