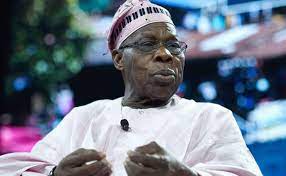 Ex-President Olusegun Obasanjo says he has been battling diabetes for over 35 years.

Obasanjo said this on Wednesday during the closing ceremony of the Ogun State Diabetes Youth Development Camp held in Abeokuta, the state capital.

The former president had disclosed earlier in 2017 that though he was diagnosed with the ailment for over three decades, he is stronger than many young people.

Obasanjo said some of his diabetic friends died because they did not manage the disease well.