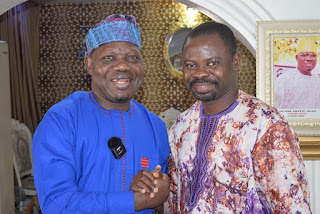 Professor Saheed Aderinto, a Nigerian who lectures on African History at Western Carolina University in the United States of America, is set to write a book on Fuji music. And he is equally going to be producing a Netflix standard documentary on the same subject. Hence, in order to gather contents for the book and documentary titled: "Fuji: A Documentary",  Professor Aderinto who is currently in Nigeria, has engaged one of the best Fuji music stars Nigeria has seen, Alhaji (Dr.) Sefiu Alao Adekunle also known as Baba Oko, in a no-holds-barred interview to generate contents.
The Professor was the guest of the Fuji music at his palatial home, known as Lemon House, at Quarry Road, Abeokuta , Ogun State, recently. And during the interview recorded a very sophisticated video camera from which the contents for both the book and the documentary would be derived, threw questions bordering on his Fuji music career, at Sefiu Alao which he answered in details. The interview session during which the Fuji music star had to changed from one attire to the order, so as to shoot the visuals from different backgrounds, lasted for about two hours. 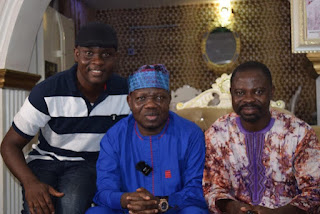 And after the interview, the Professor who looked very satisfied with the content he got from the Fuji star who described as a story teller, said: " the interview will appear in my book and documentary on Fuji. The documentary is titled, 'Fuji: A Documentary.' It will have 10 episodes (50 minutes each). The video materials collected through the interview with Alhaji Sefiu Alao will appear in at least 8 of the episodes because we received a lot of quality narratives from Alhaji. He covered up to 98 percent of my questions. That's a lot." He submitted. 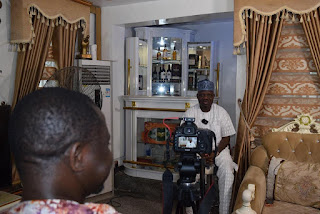 And it was further leant that, the book, when completed would be international quality and standard which would further tell the story of Fuji from the source to the rest of the world. The Professor hinted that, when he told the leadership of the department at the University where he lectures who are mainly whites, that he would be writing a book and doing a documentary of an African genre of music known as Fuji, he was given funds immediately to procure the sophisticated cameras he brought from America to do the shooting. And he is apparently happy with the level of cooperation he has gotten from the likes Sefiu Alao in accomplishing the project. 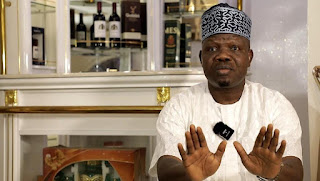 Hence, people around the world, especially, Fuji music lovers, can then keep their fingers crossed in anticipation of the end product of Professor Aderinto's project on Fuji music. 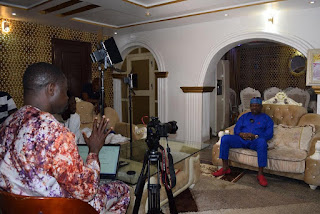