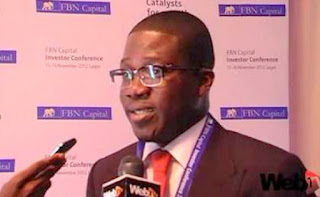 The talks are back in town.

Babajide Sanwo-Olu as the Governor of Lagos State in 2023.

Sanwo-Olu will be limited to a single term in office despite an excellent run to has earned him accolades far and near, including presidential recognition those behind the Muri-Okunola for Governor campaign insists.

Societynow.ng gathered Muri-Okunola, 49, better known as HMO or addressed simply as “H” by those who are very close to him is one of the most powerful players in Sanwo-Olu’s administration.

Muri-Okunola is the Lagos State Head Of Service in a career that most noticeable started as the personal assistant to former Governor Asiwaju Bola Tinubu in 2003 from where he was elevated to Executive Secretary to the Governor, Land Use and Allocation Committee and transformed Permanent Secretary Land’s Bureau in 2011. He was deployed to the Sports ministry in a purge by former Governor Akinwunmi Ambode but came out the better with the position of Head of Service in December 2018.

The known name who had his first degree (bachelor’s degree in Law) from the Lagos State University in 1995 and went on to get a master’s degree in international business law from the Queen Mary & Westfield College, the University of London in 1999 draws his influence from association with the shots caller on everything about Lagos State, Asiwaju Bola Ahmed Tinubu.

Sanwo-Olu, 56, who is being limited to a single term in office by words of mouth in the emerging campaign for Muri-Okunola also draws influence from the same source.

Societynow.ng confirmed that Muri-Okunola was heavily touted as Ambode’s successor in 1999 until fate played a fast one on him with the emergence of Sanwo-Olu, who was nowhere there any of the names thrown up.

The digs by societynow.ng, however, revealed that the fresh talks dousing HMO are being credited to his alleged activities as well as that of his sympathizers.

According to a recent report on a national newspaper with a widespread, Thisday – dated Monday, August 2, 202 – the Lagos state Head of Service has been making conscious efforts to succeed Sanwo-Olu in 2023.

“He has been reaching out across religious and political divides to make his dream of governing Nigeria’s most important state come true…he has reportedly been playing the Bourdillon politics by always visiting the residence of the grandfather of Lagos politics, the man the man who can make or mar his ambition, Asiwaju Bola Ahmed Tinubu” the report stated.

Also, according to the report monitored by societynow.ng, HMO’s supporters have gone spiritual on his gubernatorial ambition.

“Some prayer warriors allegedly traveled to Mecca to seek Allah’s face on his ambition” Thisday asserted on the moves by the Head of Service and his sympathizers to succeed Sawno-Olu in 2023.

Societynow.ng learned that the actions credited to HMO and his sympathizers have given wings to underground talks of whether initial talks Sanwo-Olu will be limited to a single when he took office in 2019 will come to be or not as 2023 approaches.