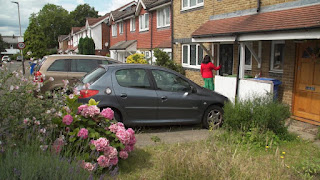 The Nigerian separatist movement being powered from a suburban London home

Tucked away down a quiet, leafy street in Peckham, southeast London, is the registered address of a movement seeking to break Nigeria apart.

This suburban spot is the unlikely location for Radio Biafra, a network of internet-based amateur radio stations broadcasting a separatist agenda back to listeners in Nigeria.

Radio Biafra is operated by Nnamdi Kanu, a British citizen leading the calls to revive the former Republic of Biafra through an organization he founded called the Indigenous People of Biafra (IPOB).

The group was banned by the Nigerian government in 2017 and Kanu has been arrested several times on charges of treason and instigating violence.

He was first arrested in October 2015 for treasonable felony, among other charges. He was released on bail in 2017 and fled to the UK.

Before his most recent arrest in Kenya in June, Kanu's supporters used the Peckham house for Radio Biafra broadcasts, according to Darlington Imoh, who answered the door when CNN visited in August.

He describes himself as the "officer of output for the Biafran campaign."