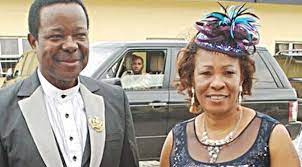 The deceased who was also a former Chairmanship Aspirant under the platform of All Progressives Congress, APC, in Amuwo Odofin Local Government Area, reportedly died in the early hours of Tuesday.

Adegeye, a devoted and loyal party member of the APC, died after a brief sickness.