Bashir Tofa, second runner up at the 1993 presidential election, is dead 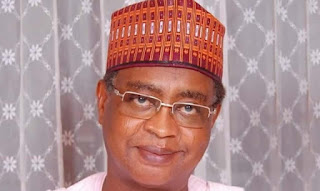 According to family sources, Tofa died at Aminu Kano Teaching Hospital (AKTH) in the early hours of Monday after a brief illness.

Confirming his death, one of the deceased’s relations said, “Alhaji Bashir Tofa died after a brief illness.”

He was said to have been at the intensive care unit (ICU) at the hospital for days but was recovering. He eventually succumbed to the illness.

In the 1993 presidential election, he squared off against MKO Abiola of the Social Democratic Party (SDP), the presumed winner of the election.

But the Babangida regime annulled the election.