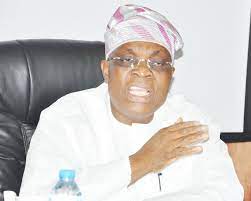 The suspect allegedly diverted 50 per cent of funds paid to him by the National Hajj Commission, and additional $900,000 for the airlift of pilgrims in 2019, which he failed to execute.

He was reportedly detained on Monday afternoon at the headquarters of the EFCC in Jabi, Abuja.

A source revealed that Bankole, who arrived at the EFCC complex at 11am was invited by the anti-graft agency following his failure to execute the airlift contract after receiving the mobilisation funds.

“He was given 50 per cent advance payment as well as additional $900,000 for airlift of pilgrims to Saudi Arabia by the National Hajj Commission in 2019 but he failed to execute the contract and he also did not refund the money,” an official disclosed.

The EFCC Spokesman, Wilson Uwujaren, confirmed Bankole’s detention, adding that investigation into the allegations against him was going on.