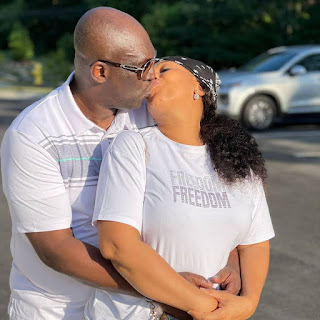 Gospel singer Sammie Okposo has apologised to his wife and family for having an extramarital affair with an American-based lady.

Smmie apology comes barely 24 hours after the lady, who identified herself as African Doll, accused him of impregnating and dumping her in an interview on Monday.

African Doll claimed the music star became hostile to her after she told him she was pregnant.

She disclosed that they met in Dallas during one of his tours, became close and started an affair which resulted in her being pregnant for him.