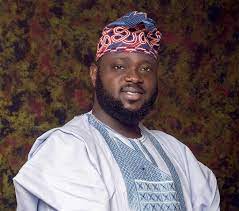 Abidemi Rufai, a former Senior Special Assistant to Ogun State Governor, Dapo Abiodun, has pleaded guilty to his role in a $350,763 heist in the United States.

The 45-year-old Rufai pleaded guilty on Tuesday in US District Court in Tacoma to charges that he used stolen Social Security numbers and other personal data to file $350,763 in fake claims for pandemic unemployment benefits in 2020.

US Attorney’s Office in Seattle as says Rufai pleaded guilty to stealing benefits from other states, as well as another $250,000 from other federal programmes.

“He has agreed to disclose all of his assets and to cooperate in US government efforts to recover on those assets,” U.S. Attorney’s Office spokesperson Emily Langlie said in an email Wednesday. “At this point we don’t know what kind of recovery will result.”