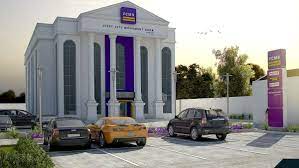 The Federal Capital Territory (FCT) High Court, on Tuesday, ordered the First City Monument Bank (FCMB) to pay N540.5 million in damages to a pastor, Emmanuel Omale, of the Divine Hand of God Prophetic Ministry and his wife, Deborah, over false claim that they laundered N573 million for former chairman of the EFCC, Ibrahim Magu.

Delivering judgement in the suit, Yusuf Halilu, the judge, held that the bank breached its “duty of care to the claimants,” the Omales and their church.

The judge held that the evidence before the court showed that the bank admitted error in its report to the NFIU of entries in the account of Divine Hand of God Prophetic Ministry which was accused of laundering money on Mr Magu’s behalf.

Mr Halilu also said the bank claimed that the purported N573 million was wrongly reflected as credit entry in Divine Hand of God Prophetic Ministry’s account by its reporting system, which it recently upgraded.

The judge held that FCMB admitted the error, which brought incalculable damage to the reputation of the claimants both within and outside the Nigeria – depleting their church’s membership.