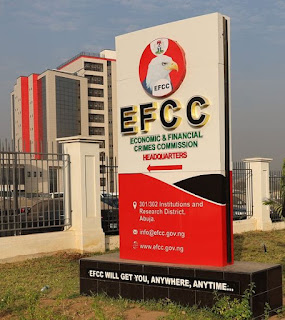 The EFCC on Thursday, October 13, 2022, made a tripartite application before Justice D.U. Okorowo of the Federal High Court sitting in Abuja, praying the court to issue a bench warrant for the arrest of a Briton, James Richard Nolan.

Nolan, a Director in the Process and Industrial Development Limited, P&ID is facing a $9.6billion money laundering trial alongside Goidel Resources and ICIL Limited.

Counsel for the prosecution, E. E. Iheanacho informed the court that the matter was for continuation of trial. He said he had his witness in court and ready to proceed “but apparently the proceedings of today will be halt because of the third defendant’s absence”.

In his tripartite prayer before the court, Iheanacho urged the court to revoke the bail of the defendant, issue a bench warrant and direct his surety to show cause why the bail bond which he entered into should not be forfeited.