Why Another Mega Lawsuit Looms Against Greenville LNG 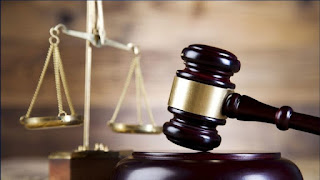 Eddy Van Den Broeke, the Belgian Cement magnate, the company which has a near monopoly hold in the domestic trucked LNG market is accused of reneging on contract and increasing prices arbitrarily despite the contractually agreed oil-indexed pricing.

The information at hand revealed that the company said to have a history of reneging on contracts entered into with the Federal Government, partners, suppliers, communities, and clients faces the N50billion lawsuit from one of its biggest clients, BUA Group.

According to information monitored on Politics Nigeria, BUA Group is preparing to “sue Greenville for 50 billion Naira for a possible breach in contract and reneging on its obligation to supply gas to its businesses in the far north.”.

This development comes barely two years after Greenville LNG was slammed with a $9m claim for breaching contracts by a US Court.

The company incorporated in 2013 was fined over failure to stick to agreement with Baker Hughes Energy Services LLC, formerly known as GE Oil & Gas (GEOG), for the purchase and installation of two small-scale liquified natural gas plants in Rumuji, Rivers State, Nigeria.

The agreement was governed by and construed under the laws of the state of New York based on mutual consent.

In 2020, the American Tribunal ordered IEC and Greenville to pay GEOG over $9m for breaching contracts.

Attempt to vacate the decision in January 2021, by IEC in New York state court was rejected with the court ruling that “In short, due to the strong deference owed to the decisions of arbitrators, the Court is compelled to reject IEC’s arguments and confirm the Award,”.

It is believed that Greenville faces a similar fate in the looming suit lawsuit by BUA Group based on the latter’s track record of ensuring its rights are enforced through legal means.