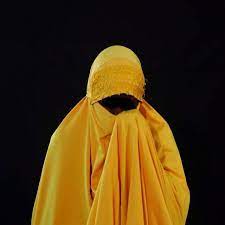 Since at least 2013, the Nigerian Army has run a secret, systematic and illegal abortion programme in the country’s northeast, terminating at least 10,000 pregnancies among women and girls, many of whom had been kidnapped and raped by Islamist militants, according to dozens of witness accounts and documentation reviewed by Reuters.

Nigerian military leaders denied the abortion programme ever took place during an interview with Reuters in November.

The abortions mostly were carried out without the person’s consent – and often without their prior knowledge, according to the witness accounts. The women and girls ranged from a few weeks to eight months pregnant, and some were as young as 12 years old, interviews and records showed.

Fati was rescued by Nigerian soldiers. They surrounded the Lake Chad island village where Islamist insurgents held her and many other women captive. Shells exploded. Bullets whipped by. As her captors fled, Fati blacked out in terror. When she awoke in a military camp nearby, she said she felt the happiest she ever had in her life. A week later she was in Maiduguri, the capital of Borno state.

“In the beginning, we were in our town. Boko Haram came and attacked. They grabbed us and took us away to the bush. After that we were in the bush, in their hands. Soldiers came and took us, after that they took us to Giwa Barracks, and they aborted our pregnancies,” she said.

The campaign relied on deception and physical force against women who were kept in military custody for days or weeks. Three soldiers and a guard said they commonly assured women, who often were debilitated from captivity in the bush, that the pills and injections given to them were to restore their health and fight diseases such as malaria.

In some instances, women who resisted were beaten, caned, held at gunpoint or drugged into compliance. Others were tied or pinned down, as abortion drugs were inserted inside them, said a guard and a health worker.

Nigerian military leaders denied the abortion programme has ever existed and said Reuters reporting was part of a foreign effort to undermine the country’s fight against the insurgents.

“It has never happened, it is not happening, it will not happen. It is not in our character. We are highly professional. We are human beings, and these are Nigerians that you have been talking about,” said Major General Christopher Musa, who heads the military’s counterinsurgency campaign in the northeast, during an interview with Reuters on November 24 that addressed the abortion program.

Women and girls are trapped in a titanic struggle in northeast Nigeria between the federal government and Islamist extremists – a war that has raged for 13 years. At least 300,000 people have died since the conflict began, some due to violence, many more from starvation and disease, according to the United Nations and human rights groups.

The northeast, a region of semi-arid savannahs, thick forest and floodplains, once was known as the breadbasket of the nation. But in the course of the war it has collapsed into economic devastation and widespread hunger, creating massive displacement and what the U.N. has called one of the world’s worst humanitarian crises.

Central to the abortion programme is a notion widely held within the military and among some civilians in the northeast: that the children of insurgents are predestined, by the blood in their veins, to one day take up arms against the Nigerian government and society. Four soldiers and one guard said they were told by superiors that the programme was needed to destroy insurgent fighters before they could be born.

“Women who have been rescued, and the rest of them, they’re all gathered together and brought. Some are found pregnant. They’re separated from those who have given birth already, they’re put to the side. They take the pregnant ones, because they don’t want them to give birth to children who will grow up with the blood of Boko Haram in their bodies. That’s the reason why they give them abortions,” said one soldier who said he escorted women to abortion sites.

Four of the health workers interviewed by Reuters also said that the programme was for the good of the women and any children they might bear who would face the stigma of being associated with an insurgent father.

The alleged army-run abortion programme has been in place since at least 2013, and procedures were being performed through at least November of last year, according to accounts from soldiers. The enterprise has been elaborately engineered, the sources told Reuters, with pregnant former captives of insurgents transported regularly in trucks under armed guard, sometimes in convoys, to barracks or hospitals across the northeast for abortions.

The procedures have occurred in at least five military facilities and five civilian hospitals in the region, according to witness accounts and documentation reviewed by Reuters. Many occurred in Maiduguri, the largest city in Nigeria’s northeast and the command centre of the government’s war on Islamist extremists.

The programme is clandestine, said eight sources involved – sometimes kept secret even from colleagues in the same hospital. At certain civilian hospitals, women taken for abortions were held in separate wards from other patients or had their names entered into separate registers, some of the sources said.

For many women, liberation from captivity hasn’t brought salvation. Even after being freed, they live under a cloud of suspicion, according to soldiers, guards and former captives. They are frequently viewed by the military and their own communities as defiled by their association with militants, the more so if they carry children seen as destined by blood to continue the insurgency.

Other women interviewed by Reuters offered similar accounts of captivity and rescue – including being raped by insurgents and escaping with the help of soldiers who took them into custody and transported them under armed guard to military facilities or civilian hospitals. Many said they were made to give urine or blood samples before receiving unspecified injections and pills.

“They gave us injections. I didn’t even know I was pregnant. The injection they gave me, I lost the pregnancy. Fatima, they also gave her an injection, saying, “Fatima is ill. I felt like I needed to pee, so I went outside, towards the stream, away from the building, I squatted down, and then blood just started coming out. Turns out it was the pregnancy, but I didn’t know. I came back and told them how I was feeling, but still I didn’t know. They told us they would give us an injection, but they didn’t tell us what it was. But they said it was even better it’s aborted, because it’s a Boko Haram child,” said Aisha, one of the women who said she had her pregnancy terminated after being rescued by the Nigerian military in 2019

In reality, the medications were intended to terminate their pregnancies, according to documentation from hospitals and military facilities.

“When I came out of the bush, it’s when they brought us back to their military camp. I saw the rashes all over our bodies, we were sick. They came and told me they would give me an injection. They gave me an injection, and when they did that, I lost the pregnancy. I was ill, and I was bleeding so much,” said Felerin, who also said she had her pregnancy terminated after being rescued by the Nigerian military.

The clandestine nature of the programme makes it impossible to determine the total number of abortions performed. Reuters’ estimate is based on interviews with soldiers, guards, health workers and women who underwent abortions, as well as patient registers and other documents.

The tally, at least 10,000, is attested to by three sets of sources: 155 individual procedures recorded in patient registers; at least 3,900 performed over several years by a soldier at one military base; and 7,000 or more in another area described by three soldiers and one guard. Reuters rounded down the sum to 10,000 because of possible overlap in some cases.

Major General Musa said that if such abuses existed, it would be impossible to hide them from the multitude of international and local aid groups, including U.N. agencies, that are engaged in humanitarian efforts in the northeast.

The war effort is run by a coalition of forces led by Musa. It has been spearheaded since 2013 by the Nigerian Army’s 7 Division, a unit created under then-President Goodluck Jonathan.

A spokesperson for Jonathan told Reuters that the former president had “no knowledge of any allegation of such heinous acts” by the Nigerian Army. “To the best of his knowledge, Dr. Jonathan never read or heard about such practices of the Nigerian military or its partnership, officially or unofficially,” the spokesman said.

General Lucky Irabor, Nigeria’s chief of defence staff, did not respond to requests for comment from Reuters. On Dec. 2, a week after Reuters sought an interview with Irabor and shared detailed findings and questions with his office, the military's director of defence information released a five-page statement to reporters, and later posted it on Facebook and Twitter. Major General Jimmy Akpor said Reuters was motivated by “wickedness” and a “bullying” mentality, according to the statement.

“The fictitious series of stories actually constitute a body of insults on the Nigerian peoples and culture,” Akpor added.

President Buhari’s office; the defence ministry; the Nigerian Army headquarters in the capital, Abuja; and 7 Division’s commander in Maiduguri did not respond to detailed questions sent by Reuters.