Bosun Oredola, is full of great expectations at the moment.

His wife Folashafde is being pushed for a ministerial appointment. 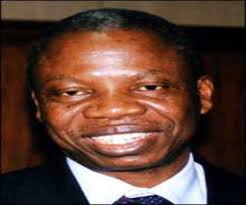 Sources divulged that behind this push is the oil man’s godfather Funsho Kupolukun- the former helmsman at the Nigeria National Petroleum Corporation.

The connected former NNPC boss is identified as Bosun's mentor and power behind is business in and out of the oil world.

Information naijacelebrites.ney revealed Kupulokun is relying on the political clout of a former president with ears of the incumbent to pull off the big move.
Information available revealed the wife was preferred to Bosun because she carries lesser or no baggage of controversies.

This is outside of reports that both of them teamed up in a new marriage after the bitter acrimony of a failed union.

Informants claimed Bosun is passionately praying his wife makes the list and end up in a lucrative sector like the petroleum sector.

Even if she doesn’t get to oversee the petroleum sector, those who should know claim that the fact that she emerge – if it happens- is enough social status changer for Oredola with they way things are with him at present.


The not so buoyant economy pervading is world is attributed as the cause spell of infamy that he endured not too long ago with unpleasantries about his private affairs floating about town.
Posted by MAN ABOUT TOWN at 3:09 AM