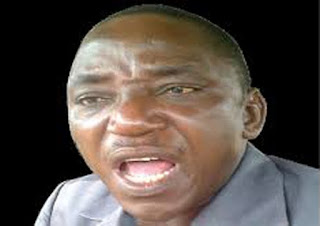 Sports Minister and Chairman of the National Sports Commission(NSC), Solomon Dalung, has condemned the decay and wastage of high performance sports equipment worth N280 million procured by
the sports ministry while Bolaji Abdullahi was the minister and stored at the National Stadium, Abuja.
The equipment include HP Cosmos testing treadmill, anti-gravity treadmill, body composition analyzers, ice making machines, nebulizers, boxes of PR Power body torso, boxes of dumb bells and dumb bell racks, body sculptors and muscle toners. Other equipment include selector chest press, digital lean machines, steppers, cones, gymnastic mats, etc.
Some of the equipment were said to weigh up to 1000kg.
Dalung who expressed shock at the discovery of the large cache of equipment imported about 16 months ago during a visit to the stadium at the weekend said it was a surprise that the equipment are left to rot away.
He said: “Why will the Sports Ministry buy such expensive machines and allow it to waste? So you people are now experts in importation and dumping?”
Advancing reasons why the equipment are not put into service, Director, Sports Medicine, Dr. Abdulkadir Muazu, who led the inspection tour said there was no space to mount such heavy duty equipment.
“This building cannot take the entire equipment when installed and we need the centre to be close to the athletes when they need treatment. So it has to be located close to the stadium but we don’t have the space for it.
“Moreover, the equipment can only be installed by the suppliers and the one year warranty for such services has already elapsed,” Muazu explained.
He said that the contractors were given 15 per cent as mobilization fee with a balance of 85 per cent to be paid between 8 to10 weeks, but there was a breach of contract leading to a breach of trust hence their failure to come and install the equipment.