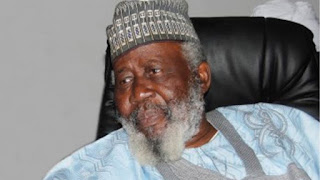 The pioneer chairman, Independent Corrupt Practice and Other Related Offences Commission (ICPC), Justice Mustapha Akanbi, has spoken of his battle with cancer.

Akanbi, who spoke about it with joy and appreciation said he had 14 Chemotherapy, and one major surgery in the last two years.
He made the disclosure at a public lecture organised to mark his 85th birthday in Ilorin, the Kwara State capital.
According to the former President of the Court of Appeal, “I feel highly humbled as I stand to address you today on this 85th anniversary of my birthday. For little had I expect to survive the trials, the tribulations and the ordeals I went through in the last two years in various hospitals in London, and later in Abuja and Ilorin.
“I had altogether 14 chemotherapy and a major surgery at Harley Street Hospital and St Mark’s Hospital. I was also at the Princess Grace Hospital, the Lewishiam Hospital and other hospitals and a few other hospitals in Nigeria.
“I thank God for His mercy, kindness and love; and for sparing my life to be part of today’s ceremony. May the Almighty continue to support and grant me good health in His service ad service to humanity in the years to come.”


..orijoreporter
Posted by MAN ABOUT TOWN at 6:26 AM