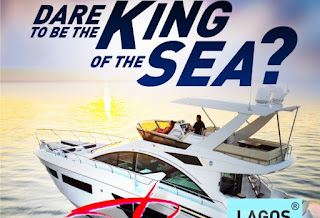 Frank Edoho, the much-loved presenter has been announced as the anchor of the much anticipated Lagos Boat Race, Lagos All Sail.

According to chief Organiser, Maleek Shehu of Father's House Foundation, the project aimed at water sports, from boat racing, Jetski racing, water-hover-board to surfing and other water-related stunts is a never before seen.

The Father's House Foundation boss provided insight into the three days of All Sail with the break down ‘'  it's scheduled to hold for a period of three days, commencing from the 13th of December 2018 with a stakeholders' powerpoint presentation of waterways challenges and opportunities. 14th of December is the main boat race day/ boat show with musical performances by prominent musical stars. Finally, 15th of December is planned for the presentation of award-winning teams and boats in a nautical party in Lekki phase1.''

And much liked personality Frank Edoho as thrown his weight behind the concept in an interesting twist.

Edoho has been announced as anchorperson for the 3-day event.

The announcement was made yesterday night via a release of a highly engaging endorsement video.
The development heightens growing expectations for the event many hungers for who will emerge, Queen, Prince, and King of the Sea – and the most beautiful boat on parade.