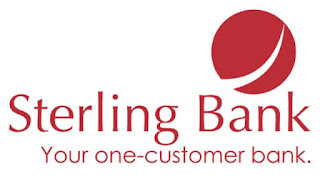 STERLING BANK PLC is fast becoming safe haven for fraud as depositors have continued to lose huge sums of money to the new generation bank.

This time, the management of the Abubakar Suleiman-led bank is currently in a fix on how to
deal with cases of alleged fraud levelled against its branch on Iju Road, Iju, in Ifako-Ijaiye Local Government Area of Lagos State.

Documents in our possession revealed that twice within a period of five months, millions of naira have been withdrawn from saving accounts with numbers 0000886683 and 0068955741 belonging to Providence Heights Secondary School Staff Welfare Association.

According to investigation conducted by our correspondent, on Thursday, 6 July 2018, a sum of N1,200, 000 was stolen from the saving account number 0000886683 by fraudsters probably working in tandem with some staff of the bank. The leadership of the association reported the theft to the bank management.

This newspaper further learnt that after the official complaint on the theft by the association’s leadership, the bank refunded N500,000 to the association. When the association sought for the balance of N700,000, the bank management refused saying the N500,000 it refunded was the one intercepted from the N1, 200, 000 initially stolen.

In order to prevent another theft saga, the new executive members opened a new saving account, 0068955741 with the same branch of Sterling Bank with new signatories.

But to the utter surprise of members of the association, we learnt that on Thursday, 1st November 2018, another N1, 700, 000 was stolen in several illegal withdrawals from the account.

We further gathered that the leadership of the association is not taking it easy with the bank; hence official complaint has been forwarded to the management of the bank while the Economic and Financial Crimes Commission (EFCC) has also been informed for necessary action.

It would be recalled that another customer, OHHA Microfinance Bank Limited recently accused Sterling Bank of defrauding it to the tune of N219 million.

The money was said to have been deposited with the bank by the microfinance bank with account number 0023325543 located in Enugu State.

All efforts to reach Mr. Dapo Martins, the chief marketing officer of Sterling Bank for the lender’s angle proved futile as calls and text messages placed across to his mobile line were not responded to as at press time.

The Gazelle News
Posted by MAN ABOUT TOWN at 3:37 AM