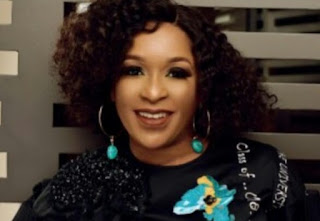 Despite his established reputation for being imperious and shrewd and coldly aloof, those who know Segun Agbaje, the Group Managing Director/CEO of Guaranty Trust Bank posit that he could be pliable and servile when it has to do with anything that would help to position his bank as an industry leader. Those who hold these views also concede that for his wife, Derin, however, he could throw anyone under the bus if it would make her just grin.

And he literally did just that when he subjugated a normal tradition in GTB on the
altar of his wife’s 50thbirthday celebration. The bank was supposed to hold its annual end-of-the-year party this weekend but gangling Segun unilaterally moved it to next Tuesday just so he could fete his wife who is the daughter of Nigeria’s first female chartered accountant, Toyin Olakunri, OFR. Late Mrs Olakunri who was also chairman of the Education Trust Fund (now Tertiary Education Trust Fund) between 1999 and 2007 died earlier in the year.

Agreed, 50 years is a landmark birthday and Derin deserves all the indulgences known to humanity but should it be at the collective interest of the thousands of employees of the bank who look forward to the annual backslapping and jollity ritual? And who toil day and night to ensure the bank remains competitive in the industry, thus, sustaining Segun’s bragging rights? Why consign them to partying on a Tuesday instead of the normal Friday or Saturday that the party usually holds? These are the questions many staff of the bank posed to The Capital.

Segun is past caring. After all, the buck stops at his table and he can determine the fate of all the staff with just a stroke of the pen. Sources close to him say he is bemused that the dissenting crowd cannot fathom that he loves and owes his wife so much. Apart from putting up with his punishing schedule, and the attraction he commands from the opposite sex – warts and all, Derin surprised his husband when he turned 50 a few years back.

To avoid the prying eyes of bloggers and society journalists perhaps, Derin decided that their plush home in an exclusive part of London was the perfect venue for the exclusive soiree. Some of their friends, few family members and a lot of influential Nigerians were at the party to felicitate with a young man who, through sheer hard work, has risen to the acme of an illustrious banking career. Derin, who is not necessarily the sociable type, went the extra mile to ensure that their guests, especially considering that they flew in from different parts of the world, had a good time.

Nothing was in short supply. Everything was in abundance; rivers of champagnes, cocktails and cognacs, wines and whiskeys among others. On the wheels of steel was the effervescent DJ Cuppy, heiress to the Femi Otedola multi-billion dollars empire. Sources at the party said Cuppy didn’t give the guests a breathing space as she took them back and forth a trail of musical reminiscences, music that reminded many of them of their youth and courtship days and she was not found wanting when it came to contemporary songs too. We learnt that some of the guests, mindless of her parentage, were so excited that they sprayed her pounds for making them let their hairs down effortlessly. So, why shouldn’t Segun repay the good gesture of his wife regardless of what had to give?

In the last couple of days, the in-love couple has been crisscrossing the world, touring different romantic cities that listed to their youthful yearnings, reminding and rediscovering those halcyon days while partying with select associates at different capitals of the world. Currently ensconced in the romantic embrace of Paris, the French capital, the Agbajes are not leaving anything to chance as they celebrate Derin’s golden birthday while staff bay and boil back home.