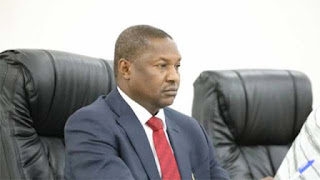 The Federal government on Tuesday said it has commenced the process of disposing final forfeited assets currently situated in 25 locations across the country.⁣⁣⁣⁣Chairman of the Inter-ministerial committee on the disposal of federal government of Nigeria forfeited assets and Solicitor-General of the Federation, Dayo Apata (SAN), who disclosed this to newsmen in Abuja, stated that the committee had collated and was still updating all forfeited assets to the federal government.⁣⁣⁣⁣While he did not give details of the locations, Apata explained that the team would embark on an on-site verification and auditing of the assets to confirm their existence and current state.⁣⁣⁣⁣According to him, the forfeited assets included landed properties, plants, machinery, motor vehicles, electronics, furniture, water vessels, jewelry, ornaments and clothing materials.⁣⁣⁣⁣Apata, however, emphasised that assets been disposed were those that had been finally fortified to the government.⁣⁣⁣⁣“We are still receiving details and assets from the Economic and Financial Crimes Commission, Independent Corrupt Practices (and other related offences) Commission, Navy, and other agencies,” Apata said.⁣⁣⁣⁣“We are still collating these assets and those that have been finally fortified are those the committee can dispose off so that we don’t infringe on rights of individuals who have gone to court contesting the confiscation of their assets.”
⁣